Home > Back to Search Results > Prelude to the Black Hawk Indian War...
Click image to enlarge 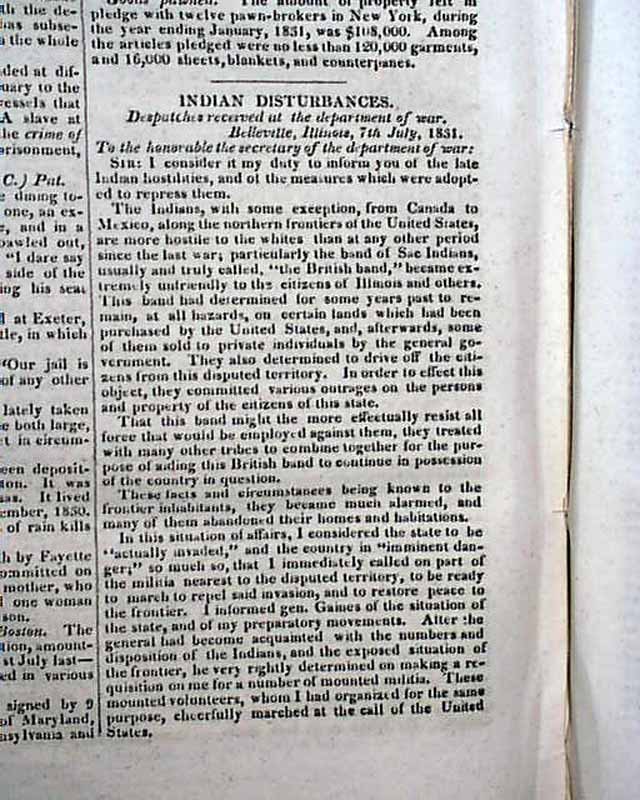 
NILES' WEEKLY REGISTER, Baltimore, August 6, 1831  Inside has: "Indian Disturbances", from Belleville, Illinois, regarding the onset of what was to eventually develop into the Black Hawk War (see). Several follow-up reports as well.
Complete in 16 pages, 6 1/4 by 9 3/4 inches, nice condition.