Home > Back to Search Results > Thoughts on the capture of Jesse James...
Click image to enlarge 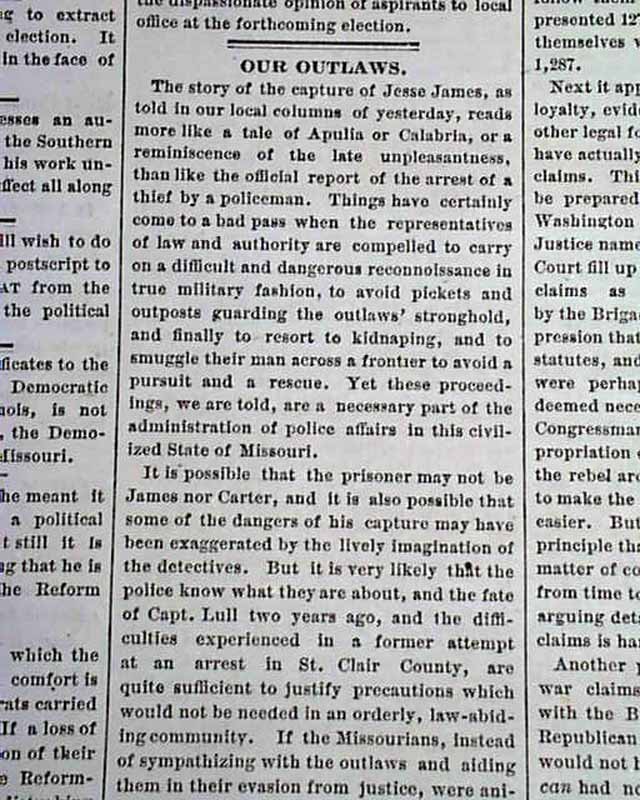 Thoughts on the capture of Jesse James...

Page 4 has an interesting editorial headed: "Our Outlaws" which begins: "The story of the capture of Jesse James as told in our local columns of yesterday, reads more like a tale of Apulia or Calabria, or a reminiscence...it is also possible that some of the dangers of his capture may have been exaggerated by the lively imagination of the detectives..." plus much more taking over half a column.
The bkpg. has over half a column of reporting on baseball games (see). Eight pages, very nice condition.