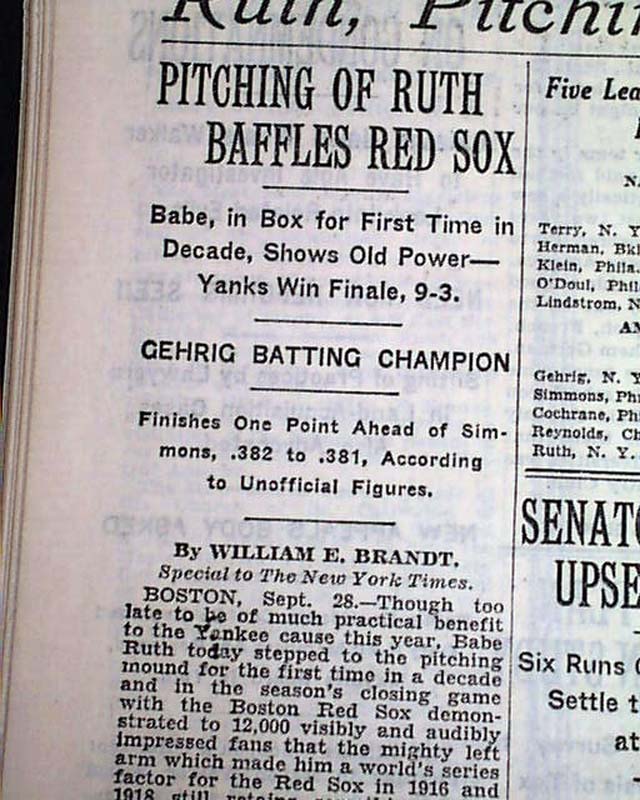 The sport's section (page 24) has a banner headline: "Ruth, Pitching First Time in Ten Years, Beats the Red Sox; Season Closes" with subheads that include: "PITCHING OF RUTH BAFFLES RED SOX" and more with box scores. (see) Interesting Ruth item as he pitched against the team he used to pitch for regularly for a short time. Nice to have in this famous New York City paper. I suspect he pitched this game because it didn't mean much being the last game of the season and they wanted to get a good crowd out for the game.
Other news, sports and advertisements of the day. Complete in 44 pages, this is the rare rag edition that was produced on very high quality newsprint, with a high percentage of cotton & linen content, allowing the issues to remain very white & sturdy into the present. Given the subscription cost, libraries & institutions rather than individuals were the primary subscribers of these high-quality editions. Nice condition.