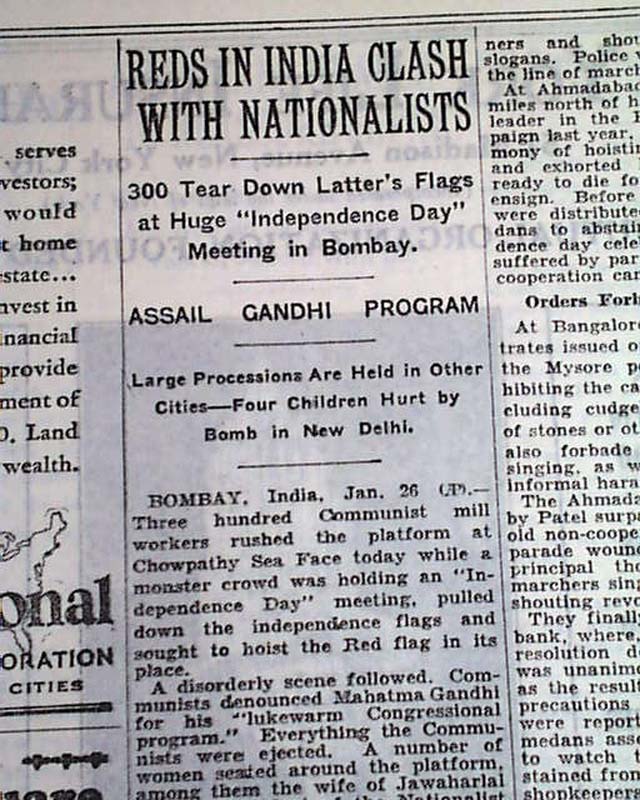 Page 6 has one column headings: "REDS IN INDIA CLASH WITH NATIONALISTS" "300 Tear Down Latter's Falgs at Huge 'Independence Day' Meeting in Bombay" "ASSAIL GANDHI PROGRAM" and more. (see)
Other news, sports and advertisements of the day. Complete in 44 pages, this is the rare rag edition that was produced on very high quality newsprint, with a high percentage of cotton & linen content, allowing the issues to remain very white & sturdy into the present. Given the subscription cost, libraries & institutions rather than individuals were the primary subscribers of these high-quality editions. Very nice condition.

wikipedia notes: January 26, 1930 was celebrated by the Indian National Congress, meeting in Lahore, as India's Independence Day. This day was commemorated by almost every other Indian organization.