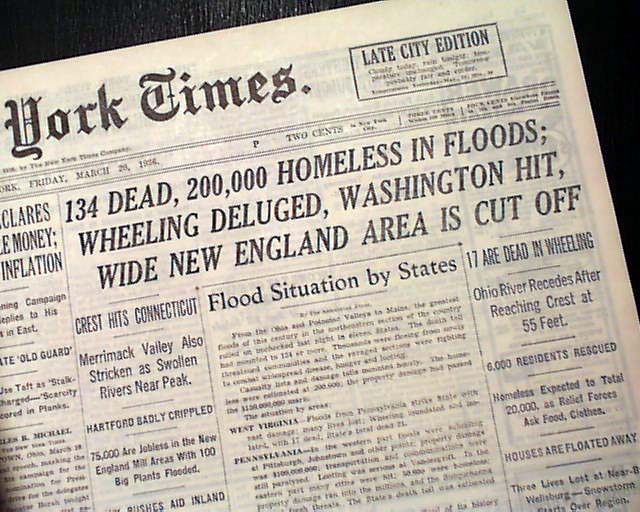 The front page has a four column headline: "135 DEAD, 200,000 HOMELESS IN FLOODS; WHEELING DELUGED, WASHINGTON HIT, NEW ENGLAND CUT OFF ABOVE HARTFORD" with many subheads. (see)
Also a two column headline on the front page: "Williamsport, Pa., Scene of Desolation; City in Darkness and Damaged by Fire" (see)
Coverage on the Pittsburgh Flood of 1936 in which much of the Northeast was inundated with flood waters.
Other news, sports and advertisements of the day. Complete in 48 pages, rag edition in very nice condition. 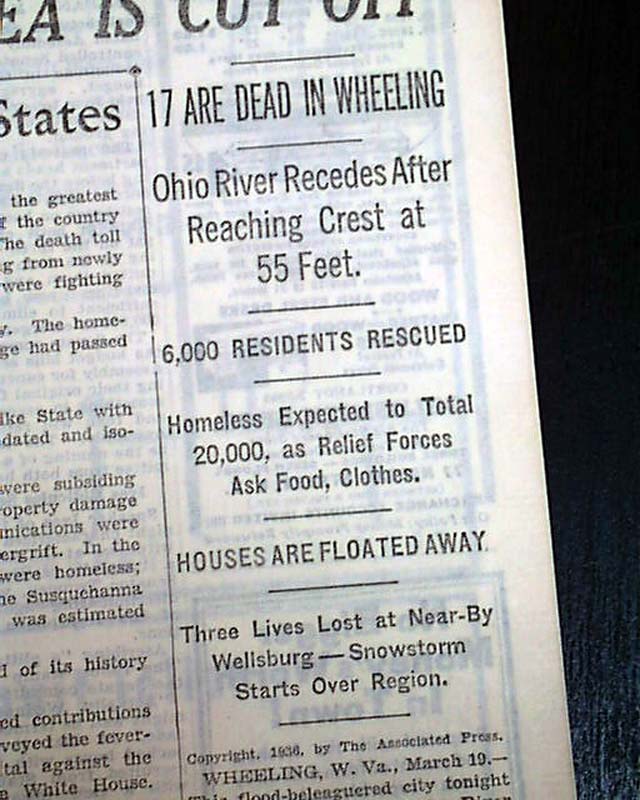 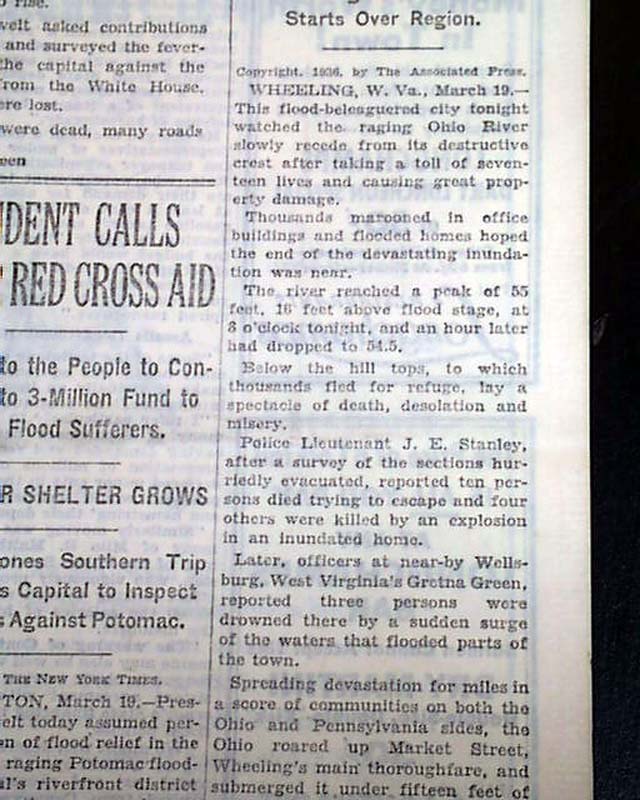 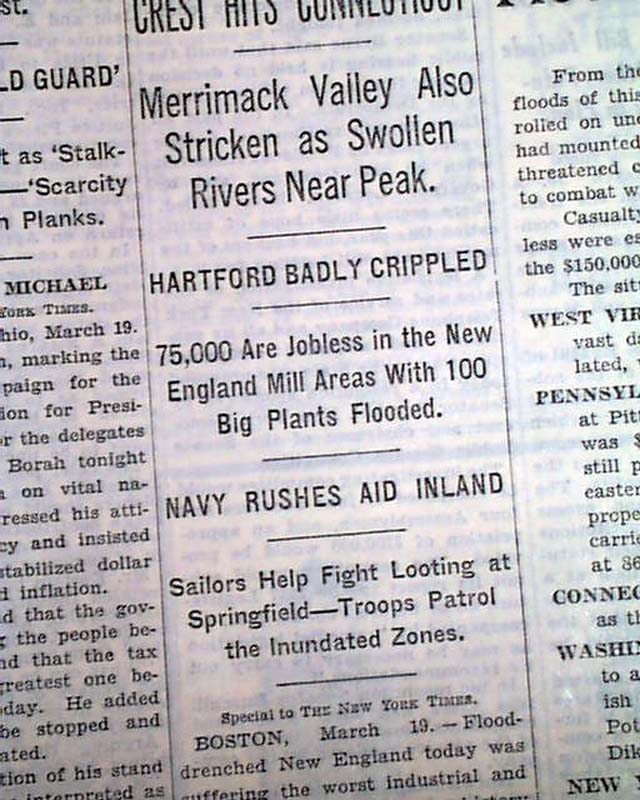 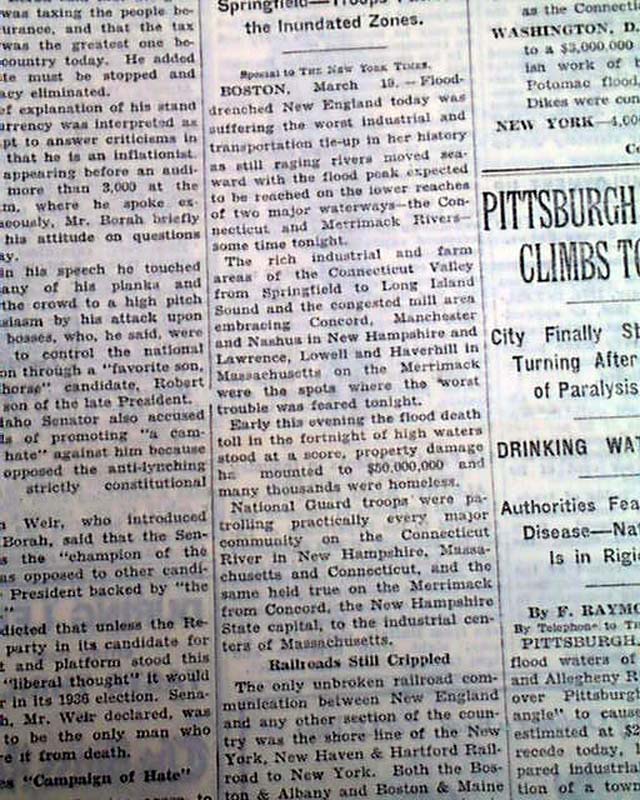 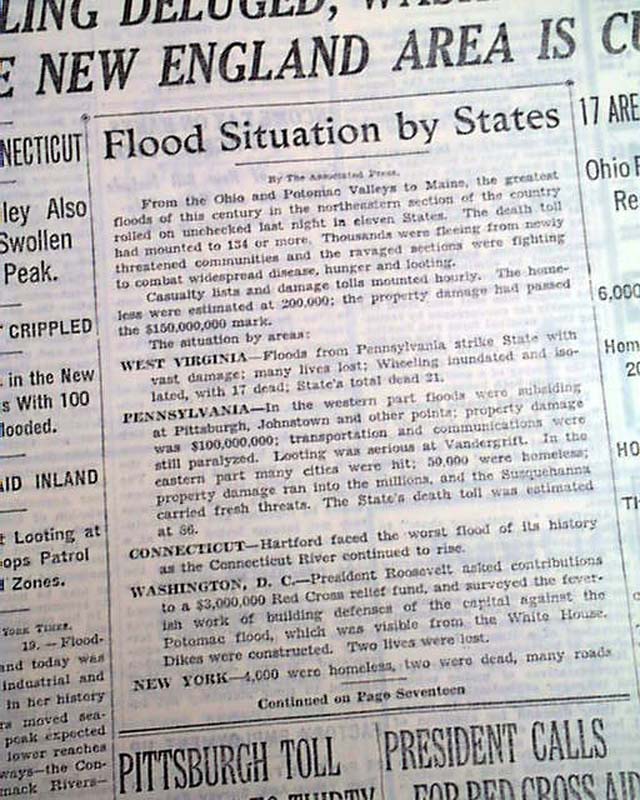 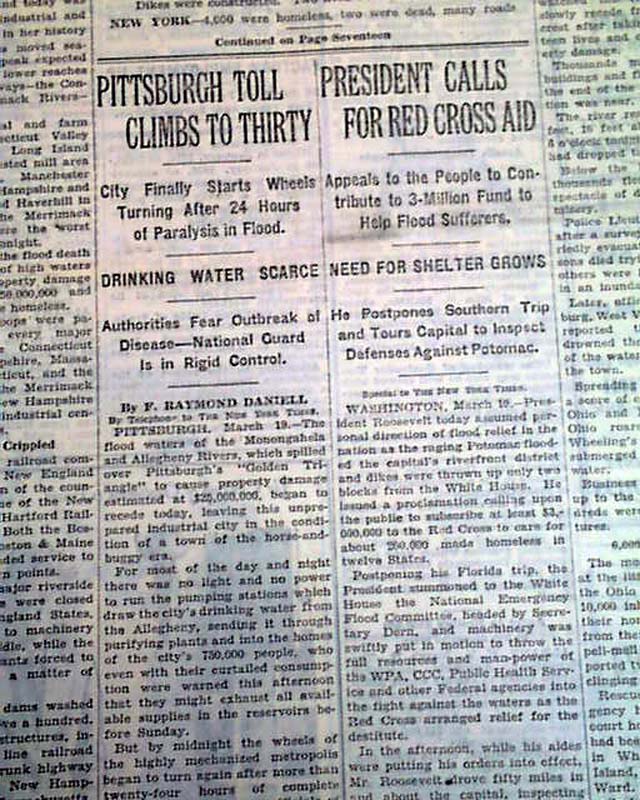 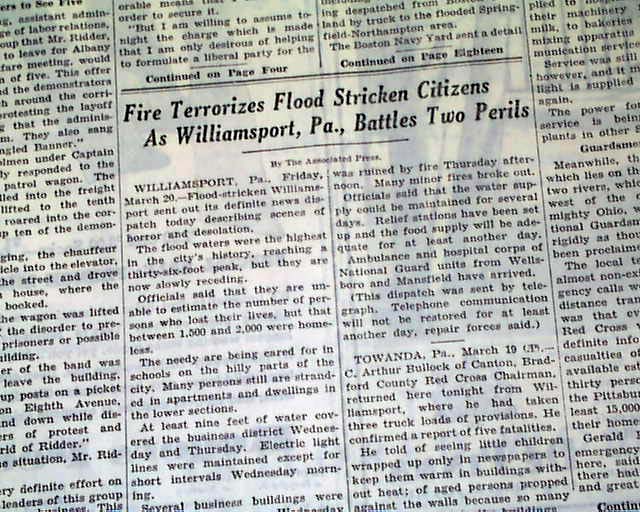 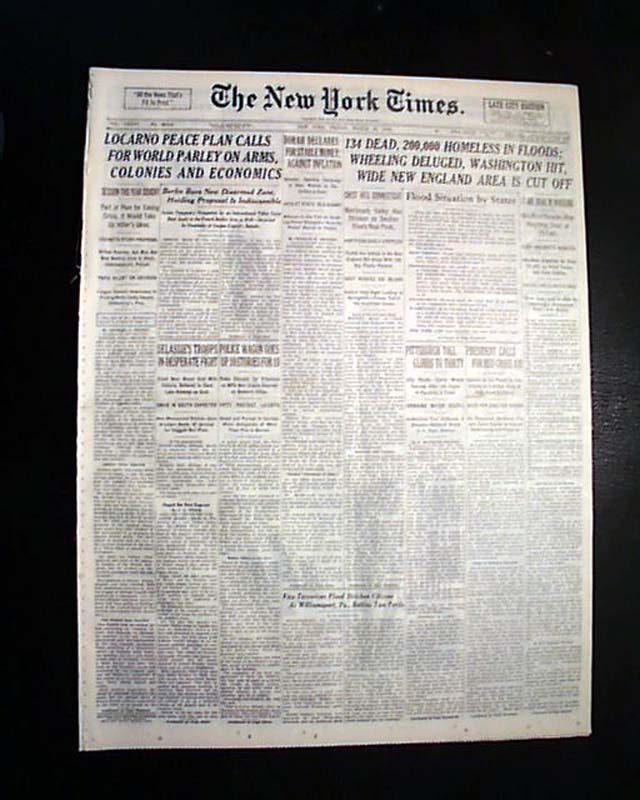 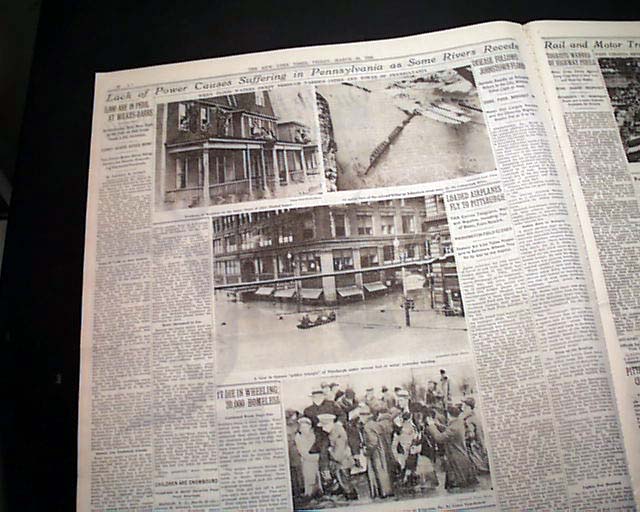 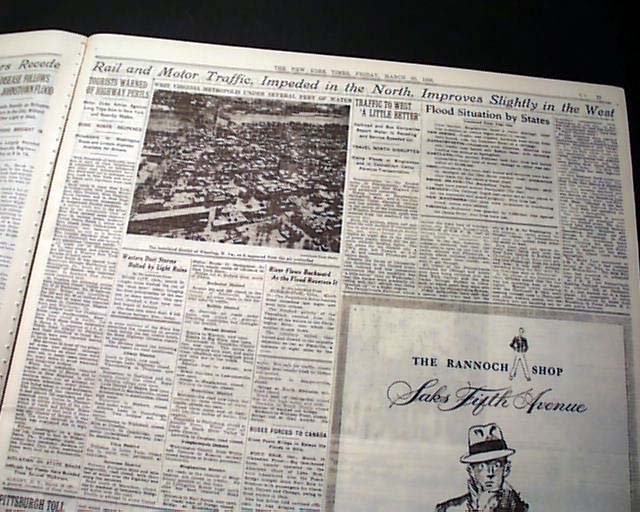