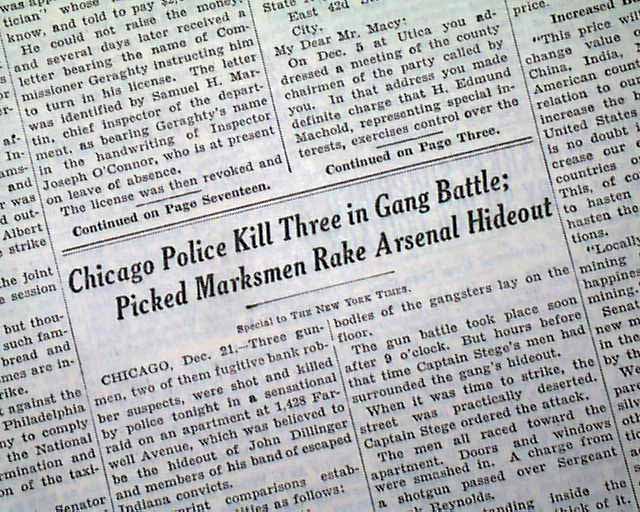 Near the bottom of the front page is a two column headings that reads: "Chicago Police Kill Three in Gang Battle; Picked Marksmen Rake Arsenal Hideout" First report coverage on the police raid upon a Dillinger hideout in which 3 of his gang members were killed. Dillinger had supposedly escape. This was during his early bank robberies across the Midwest. Rare to find reports on him prior to 1934 before becoming a household name.
Other news, sports and advertisements of the day. Complete in 42 pages, rag edition in very nice condition.