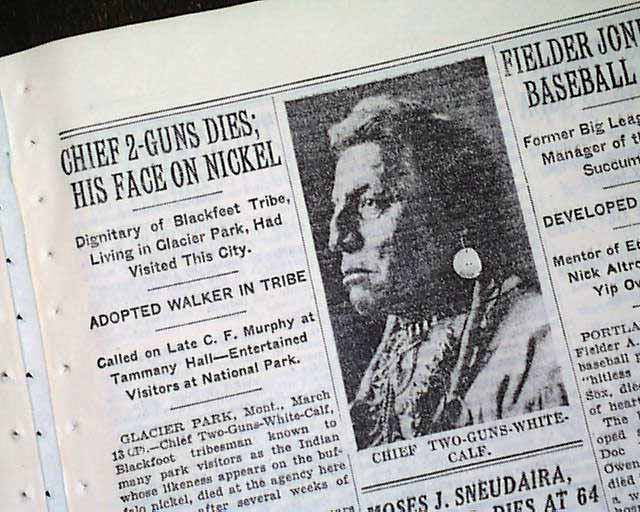 Page 19 has one column headings:  "CHIEF 2-GUNS DIES; HIS FACE ON NICKEL", "Dignitary of Blackfeet Tribe, Living In Glacier Park, Had Visited This City" and more with photo of the chief (see photos).
Also one column heading on page 4 that include: "IOWA BANK BANDITS FLEE WITH $52,344", "Seven Machine Gunners Use Bystanders as Shields From Gunfire at Mason City" and more. (see) First report coverage on the bank robbery in Mason City, Iowa that was later proven to be indeed John Dillinger's work. This was done shortly after his famous escape from Crown Point jail in Indiana.
Other news, sports and advertisements of the day. Complete in 40 pages, rag edition in nice condition.