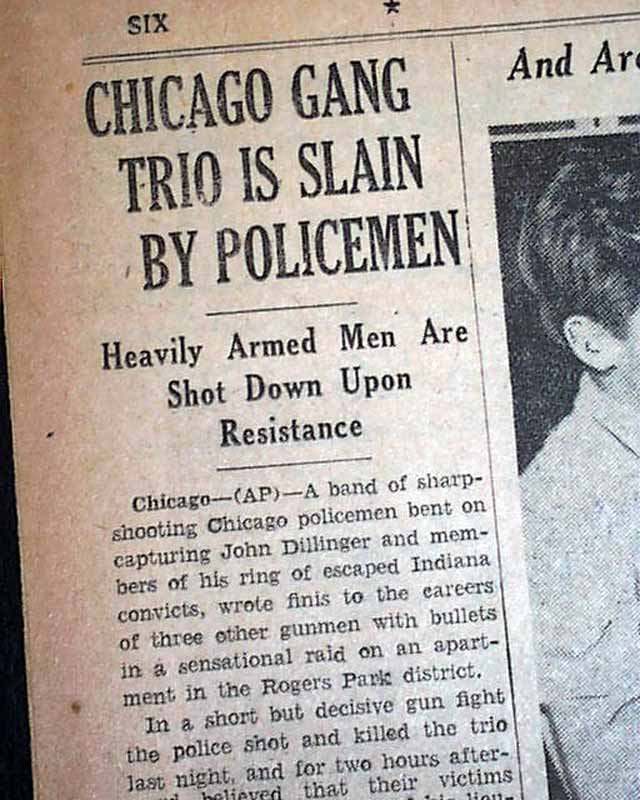 Page 6 has one column headings: "CHICAGO GANG TRIO IS SLAIN BY POLICEMEN" "Heavily Armed Men Are Shot Down Upon Resistance" 1st report coverage on the police raid upon a Dillinger hideout in which 3 of his gang members were killed. Dillinger had supposedly escape. This was during his early bank robberies across the Midwest. Rare to find reports on him prior to 1934 before becoming a household name.
Other news, sports and advertisements of the day. Complete in 24 pages, some spine wear, otherwise good.