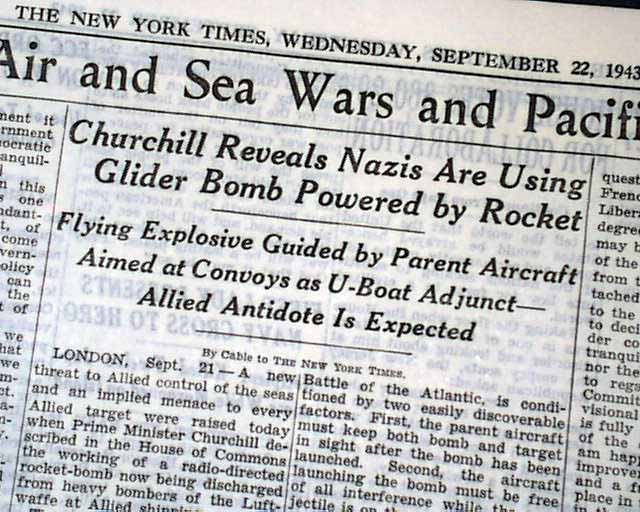 This 48 page newspaper two column headlines on page 13 that include: "Churchill Reveals Nazis Are Using Glider Bomb Powered by Rocket" and more (see photos). See photo for text here.
Other news, sports and advertisements of the day throughout with much on World War II. Complete, rag edition in great condition.