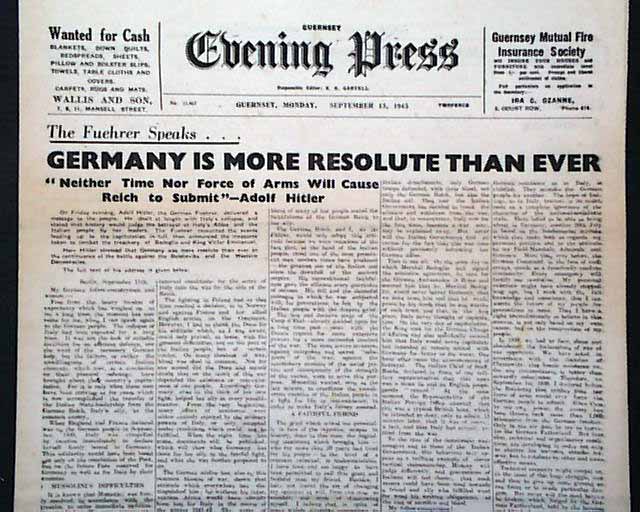 
EVENING PRESS, Guernsey, Sept. 13, 1943  The front page has a banner head: "Germany is More Resolute Than Ever" with a subhead: "Neither Time nor Force of Arms Will Cause Reich to Submit - Adolf Hitler". Hitler's speech is prefaced: "On Friday evening, Adolf Hitler, the German Fuehrer, delivered a message to the people.  He dealt at length with Italy's collapse, and stated that history would judge the betrayal of Italy's Allies and the Italian people by her leaders...Herr Hitler stressed that Germany was more resolute than ever in the continuance of the battle against the Bolsheviks & the Western Democracies..."
During WWII the Channel Island of Guernsey was under Nazi occupation, hence the pro-Nazi reporting in this English language newspaper.
Four pages, minor foxing, very nice condition.