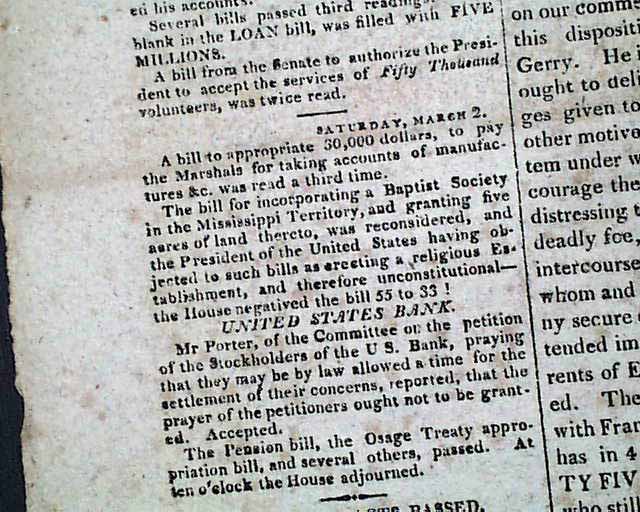 Page 2 has: "National Legislature" being a rather inconspicuous report mentioning not only a rare veto by the President, but also concerns a religious establishment issue. The report states: "The bill for incorporating a Baptist Society in the Mississippi Territory, and granting five acres of land thereto, was reconsidered, and the President of the United States having objected to such bills as erecting a religious Establishment, and therefore unconstitutional--The House negatived the bill 55 to 33."
The President at the time was James Madison. How ironic that Madison, the principal architect of the Constitution and the Bill of Rights as a congressman was confronted with this issue in a later and different capacity. An interesting item that relates to the ongoing debate about the "hot button" issue referred to as the "separation of church and state".
Various foxing, a bit irregular at the spine, good condition.