Home > Back to Search Results > Jews await the coming of the Messiah...
Click image to enlarge 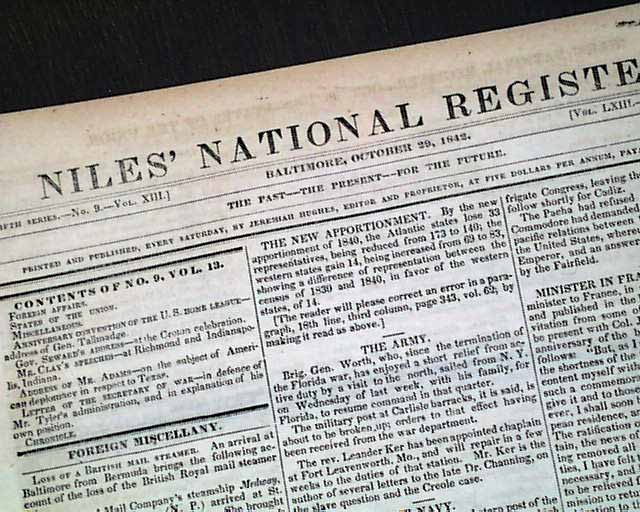 Jews await the coming of the Messiah...

The back page has a one paragraph item headed "Jews" which notes: "Several thousands of Polish & Russian Jews, at Berlin & elsewhere, have entered into an engagement to proceed on the first favorable opportunity to Jerusalem to await in prayer & fasting the coming of the Messiah."
Other articles of interest within this issue include those headed: "Appointments by the President" "The Coal of Pennsylvania" "Speech of Mr. Clay" "Address of John Quincy Adams" "General Harrison" among others.
Complete in 16 pages, 8 1/2 by 12 inches, in very nice condition.

John Quincy Adams on celebrating the ...