Home > Back to Search Results > Premier lodging at Cape May...
Click image to enlarge 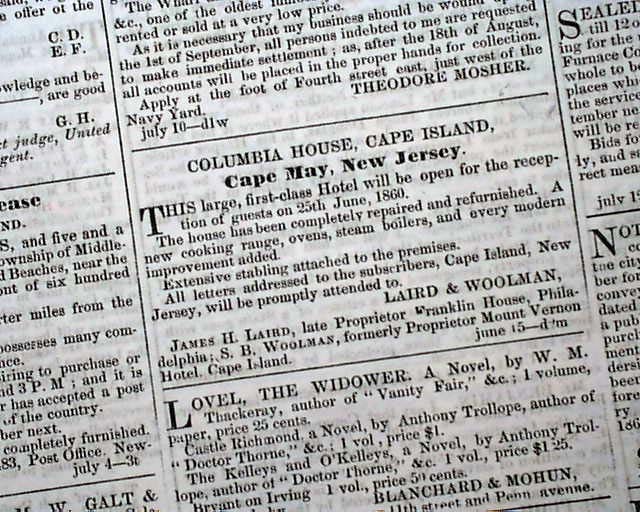 Premier lodging at Cape May...

The front page has an ad headed: "Columbia House, Cape Island, Cape May, New Jersey". The ad says: "This large, first class Hotel, will be open for the reception of guests on 25th, June, 1860. The house has been completely repaired and refurnished..." & more.

News of the day with many other advertisements. Lite margin wear, otherwise nice. 4 pages.

Note (source: Columbiahouse.com): The original Columbia House, built in 1846, was a large hotel built by Captain George Hildreth. Its grounds stretched from what is currently Hughes Street straight through to Beach Avenue, since Columbia Avenue did not yet exist. By 1850, the Columbia House had expanded to be the largest and most "aristocratic" on Cape Island.