Home > Back to Search Results > Capture of slave ships... Launch of the ship Ohio...
Click image to enlarge 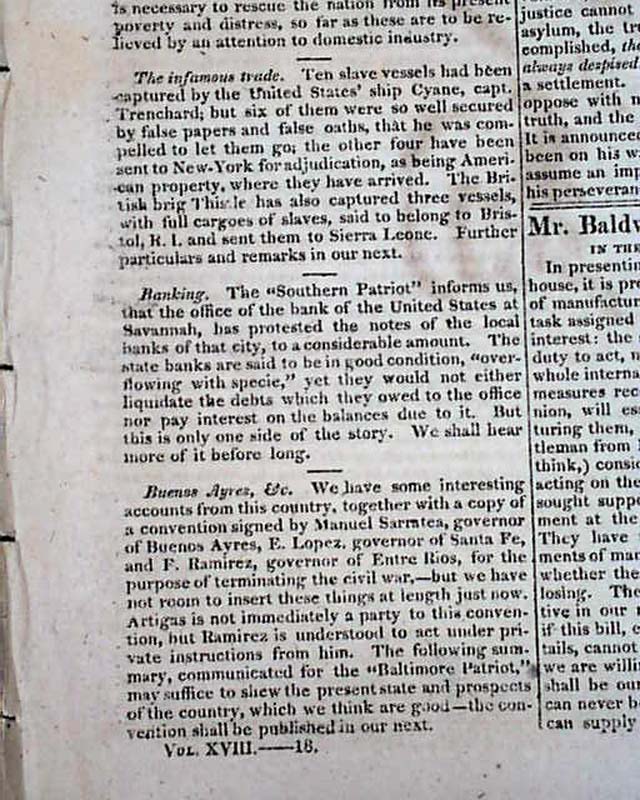 Capture of slave ships... Launch of the ship Ohio...

The front page has: "The Infamous Trade" beginning: "Ten slave vessels had been captured by the U.S. ship Cyane..." with some details. Most of the issue is taken up with: ":Mr. Baldwin's Speech on the Tariff". The back page has a brief item beginning: "The U.S. ship of the line 'Ohio' was launched at New York on Tuesday last...She glided into the water in a majestic stile and no accident occurred...".
Sixteen pages, 6 by 9 1/4 inches, nice condition.