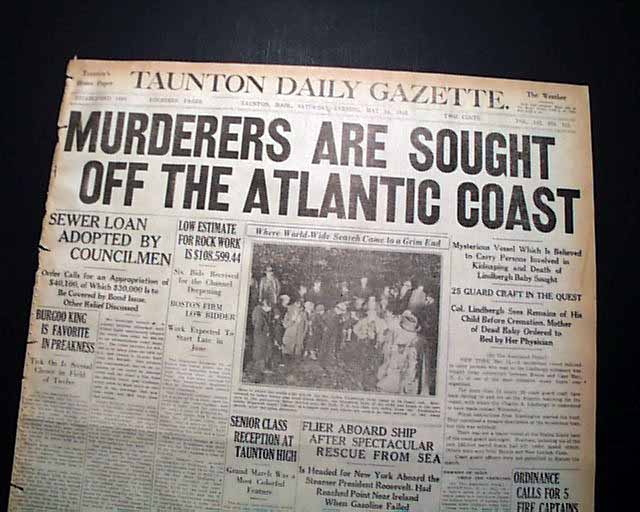 This 14 page newspaper has a great two line banner headline on the front page: "MURDERERS ARE SOUGHT OFF THE ATLANTIC COAST" with subheads that include: "Col. Lindbergh Sees Remains of His Child Before Cremation. Mother of Dead Baby Ordered to Bed by Her Physician" and more with related photo. This is the 2nd report of the official death of Charles Lindbergh Jr.
Other news, sports and advertisements of the day. Complete. light browning with a little margin wear, otherwise good. Should be handled with care.