Home > Back to Search Results > Frank and Jesse James...
Click image to enlarge 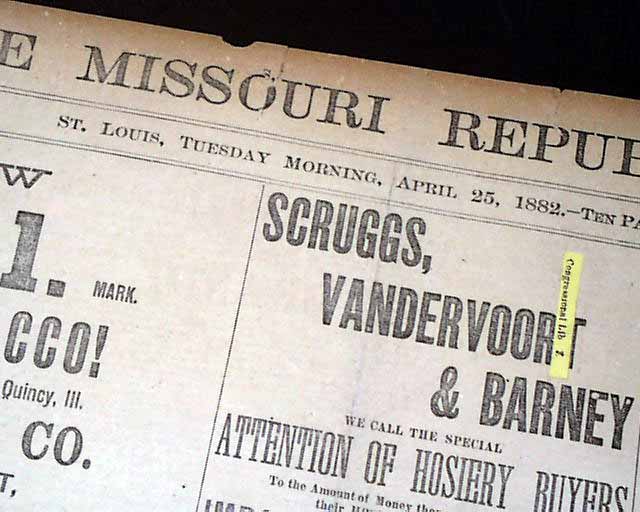 
THE MISSOURI REPUBLICAN, St. Louis, April 25, 1882  Page 2 has half a column of text headed: "Frank Or A Fraud" "Brother of the Dead Bandit at Kansas City" "Sensational Stores of Frank James at St. Joe and Vicinity" "One of the Texas Train Robbers Said to Have Been Captured" " "Frank James Again" "Bagging the Train Robbers" and more. Great to have this content in a newspaper from close to the home of Frank & Jesse James.
Complete in 10 pages but this is a damaged issue as there are some lengthy tears inside, various chipping at the margins, a few mends. But fortunately the Jesse & Frank James article is fine. Very fragile & must be handled carefully.