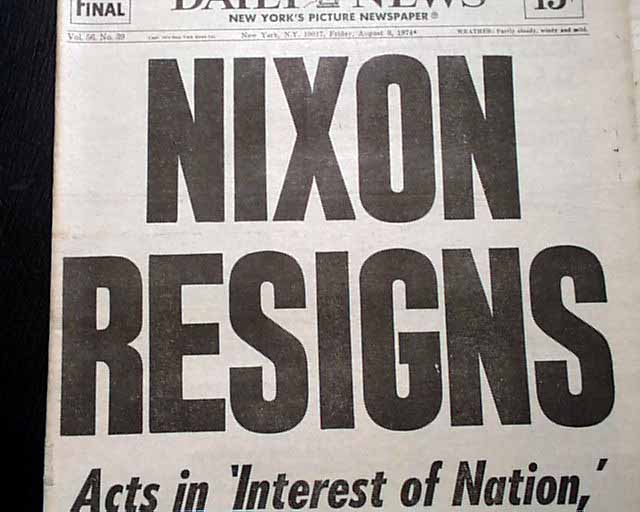 The front page is one of the most dramatic reporting the resignation of the President, with over half of the page taken up with: "NIXON RESIGNS" the balance noting: "Acts in 'Interest of Nation', Asks for End to Bitterness" and "Ford Will Take Oath at Noon, Kissinger Agrees to Stay On". Much coverage, with photos, on the inside pages.
Tabloid-size, complete in 88 pages, a few archival mends to unrelated pages which are not noticeable (see images). Overall nice condition.