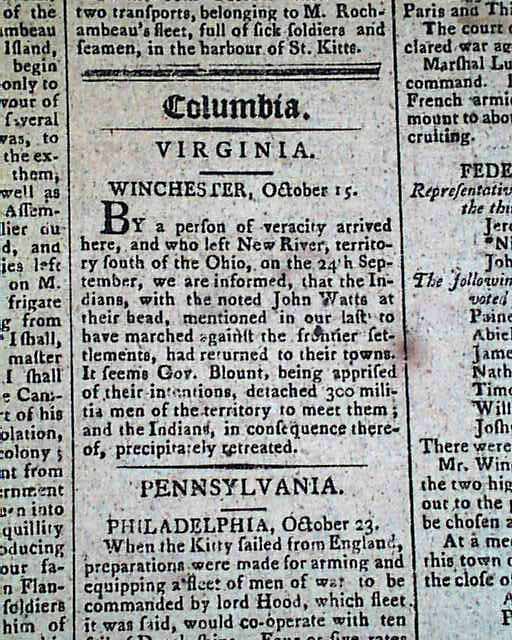 On page 3 under "Virginia" is news from the "New River" in the territory south of the Ohio stating that the Indians "...with the noted John Watts at their head..." had started a march against the "frontier settlements" but returned to their "towns" because "...Gov. Blount...detached 300 militia men...to meet them; and the Indians...precipitately retreated."
Four pages, two small engravings in the masthead, a bit of rubbing, otherwise in good condition.