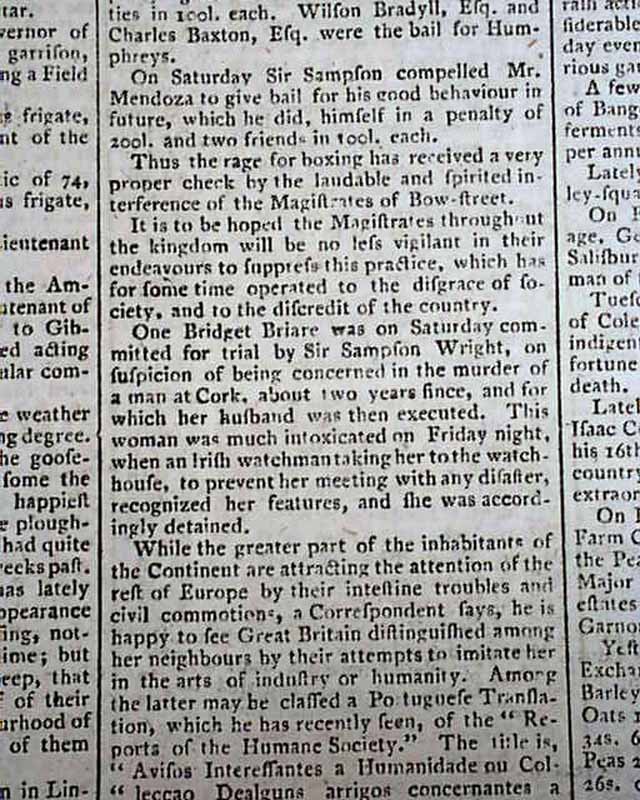 The back page has: "...Sir Sampson compelled Mr. Mendoza to give bail for his good behavior in future, which he did, himself in a penalty of 200 pounds...Thus the rage for boxing has received a very proper check...to be hoped the magistrates throughout the kingdom will be no less vigilant in their endeavors to suppress this practice, which has for some time operated to the disgrace of society & to the discredit of the country."
Daniel Mendoza was a famous Jewish boxer who transformed the English stereotype of a Jew from a weak, defenseless person into someone deserving of respect. He is said to have been the first Jew to talk to the King, George III. He was the British boxing champion from 1792-1795.