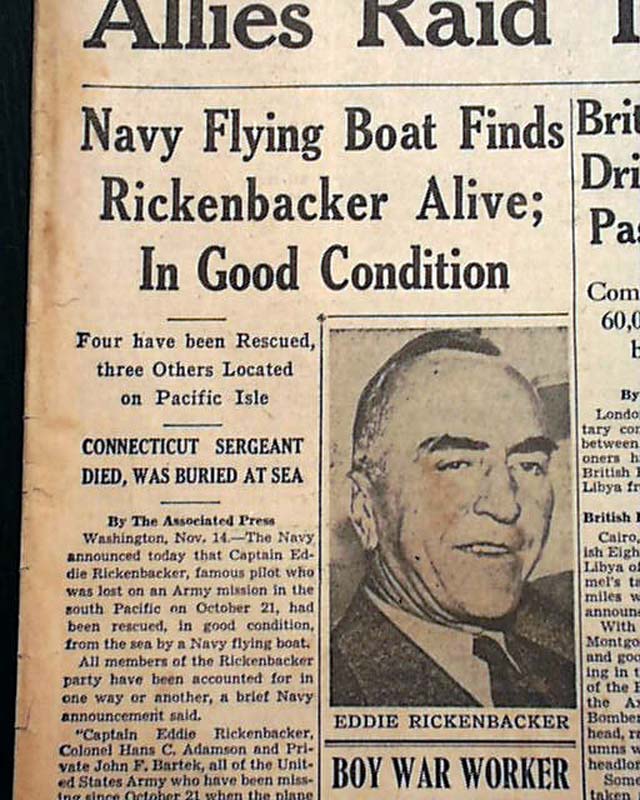 The front page has a nice banner headline above the masthead: "Capt. Rickenbacker Found Alive in the Pacific" with subheads and photo. More inside.
Twenty pages, some margin wear & tear, generally good.