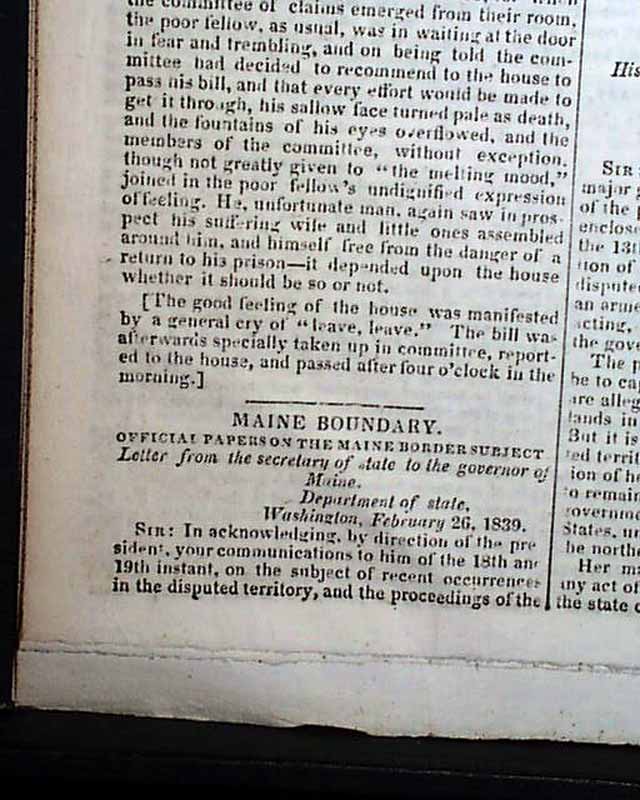 
NILES' NATIONAL REGISTER, Baltimore, March 16, 1839  Within the issue is an article "Maine Boundary" which is the "Official papers on the Maine Border Subject' which is over three pages in length. This deals with the disputed territory between Maine and New Brunswick.
The front page features "Mr. Clay's Speech on Abolition Petitions" in which he made a correction to a recent address he presented in the senate. Also on the front page under "Naval" is the reporting of the broad pendant of  Commodore Claxton being hoisted on board the U.S. ship Constitution.
Complete in 16 pages 8 1/4 by 12 inches, a small area of print crease on the lower front page, otherwise is in very good condition.