Home > Back to Search Results > The Lawrence catastrophe... Slavery...
Click image to enlarge 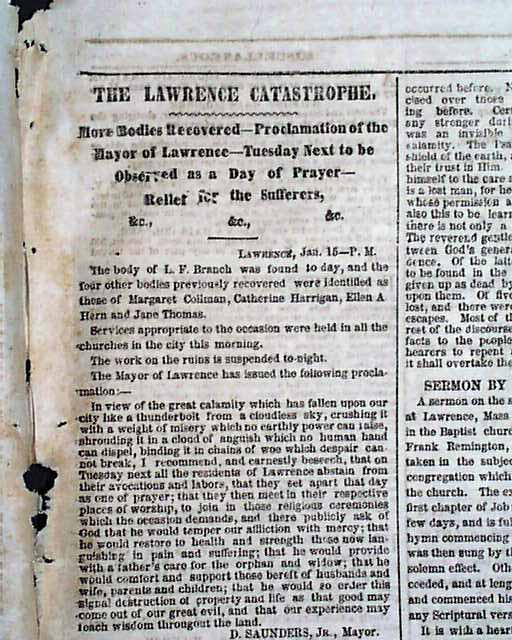 Page 5 has: "The Lawrence Catastrophe" "More Bodies Recovered - Proclamation of the mayor of Lawrence - Tuesday Next to be Observed as a Day of Prayer - Relief for the Sufferers, Etc." Various related subheads as well. This was the collapse of the Pemberton Mills factory, considered one of the worse industrial calamities in American history in which 145 workers were killed.
The front page has: "The Late Capture of the Slave Yacht Wanderer" and "Necessity of an Inter-State Law From the Protection of Slave Property" & "White Slavery in England & Black Slavery at the South".
Eight pages, scattered lite foxing, a few printing creases, otherwise in good condition. 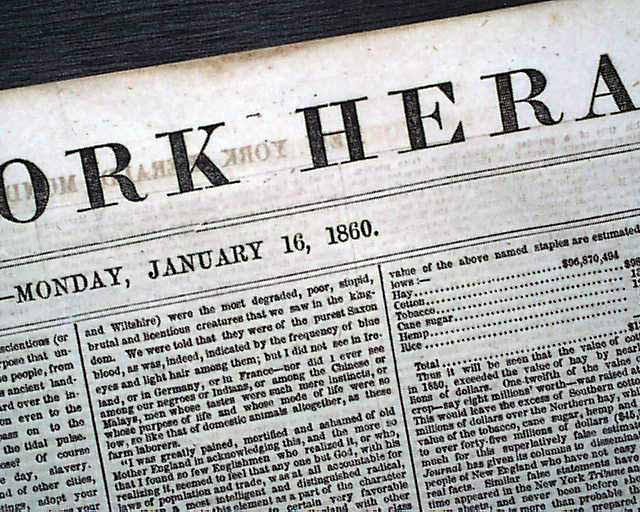 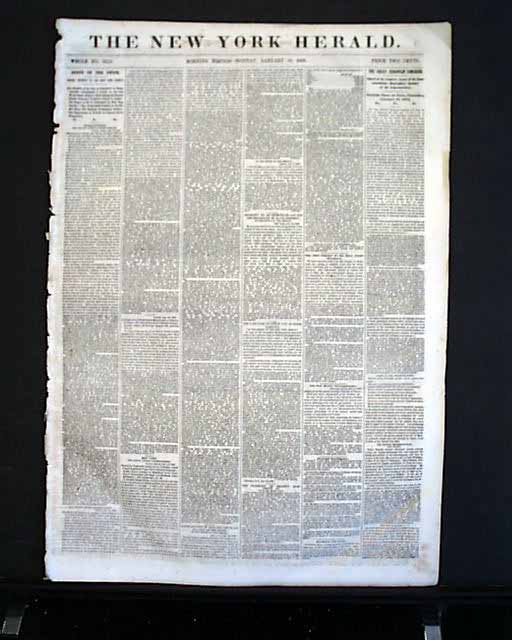 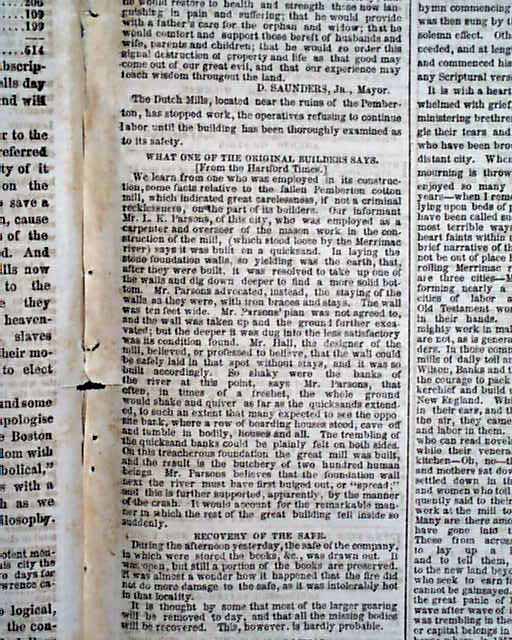 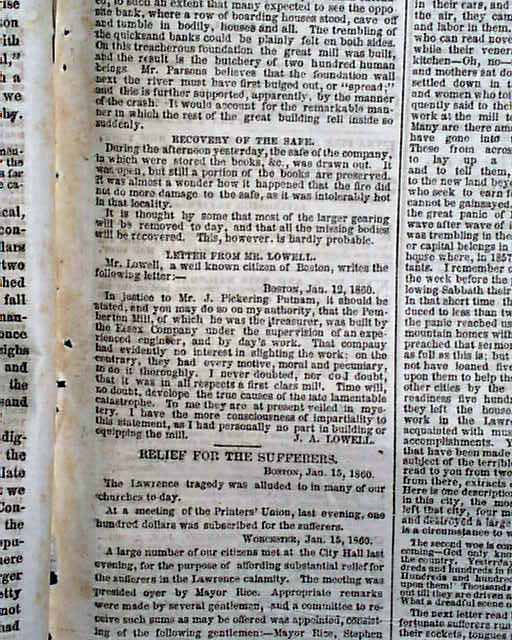 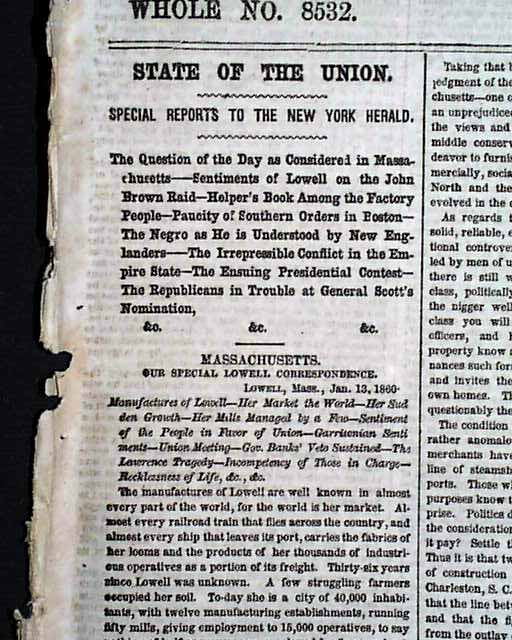 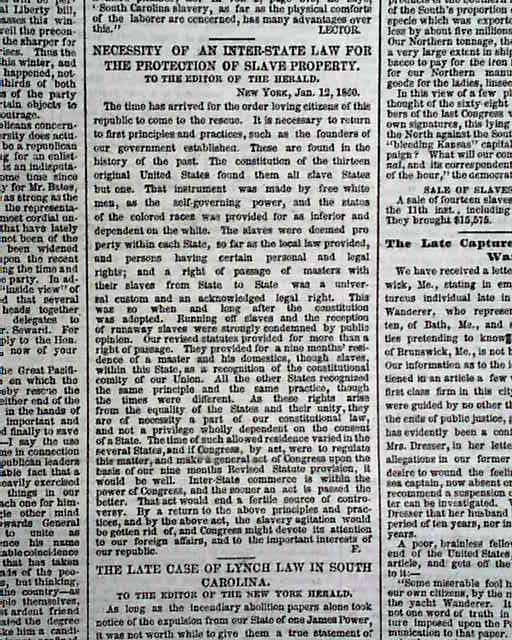