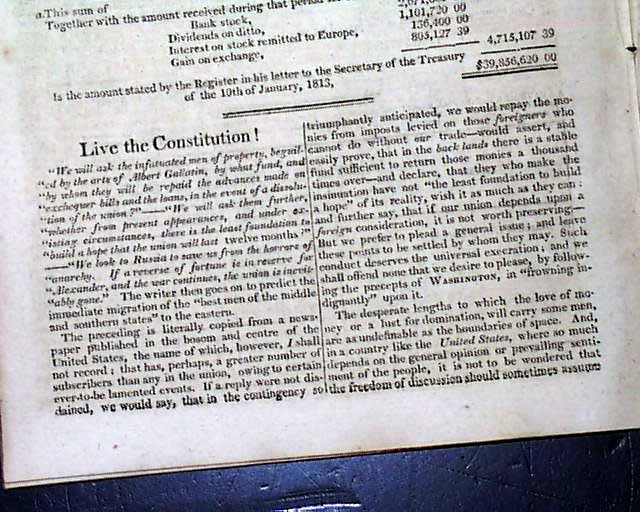 
THE WEEKLY REGISTER, Baltimore, Feb. 13, 1815  Inside has; "Law of Ohio - An Act for the Encouragement of Volunteers in the North-Western Army of the United States"; a lengthy piece headed: "Live the Constitution" and over two pages under the heading: "Events of the War".
Among the subheads is: "North-Western Army" which includes a letter from General Harrison to Governor Meigs, datelined at Chilicothe, signed in type: Wm. H. Harrison. This is followed by: "More Particulars" with another letter from Chilicothe, and then "American Prizes" and "Proceedings of Congress".
Sixteen pages, 6 by 9 1/2 inches, nice condition.