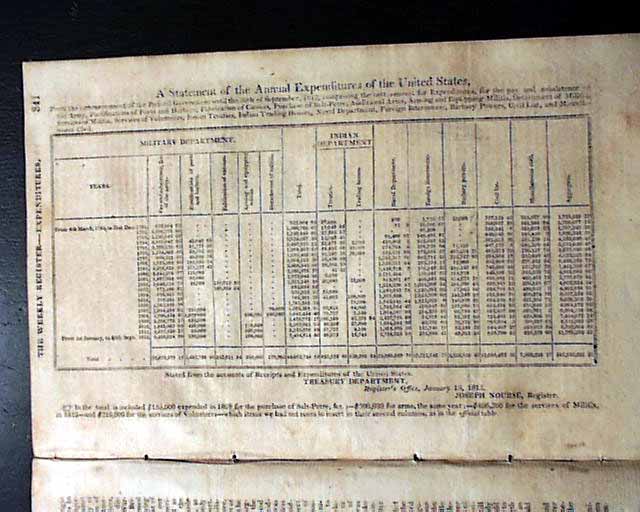 
THE WEEKLY REGISTER, Baltimore, Jan. 30, 1813  Inside has a full page chart; "A Statement of the Annual Expenditures of the United States"; an article: "Impressed Seamen" which contains 6 letters from James Madison, Jno. Rodgers & others; over two pages under the heading: "Events of the War" with various subheads including a letter signed in type by: Z. M. Pike; "American Prizes" and more.
Also inside: Internal Navigation" "British Religion" 'Russia Proclamation" "Distressing Capture" "Affairs in the Peninsula" "Proceedings of Congress" "Perpetual Motion" and "Military Mortuary" which reports the deaths of Capt. Benoni Pierce and Alexander Sisson.
Sixteen pages, 6 by 9 1/2 inches, bit of foxing, nice condition. 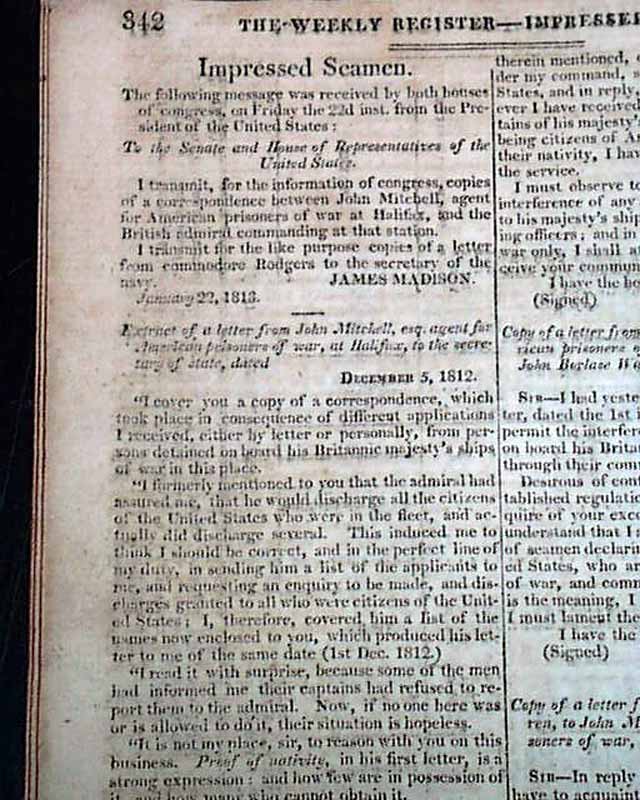 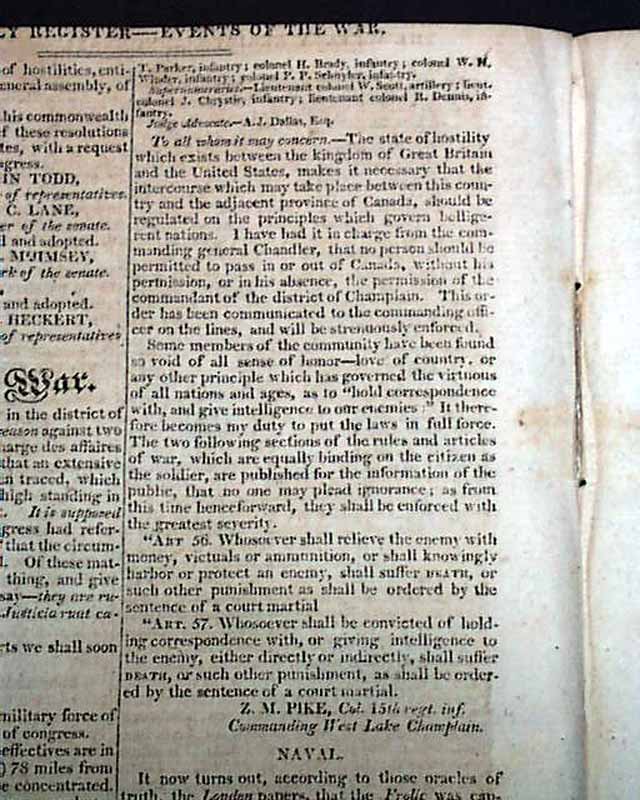 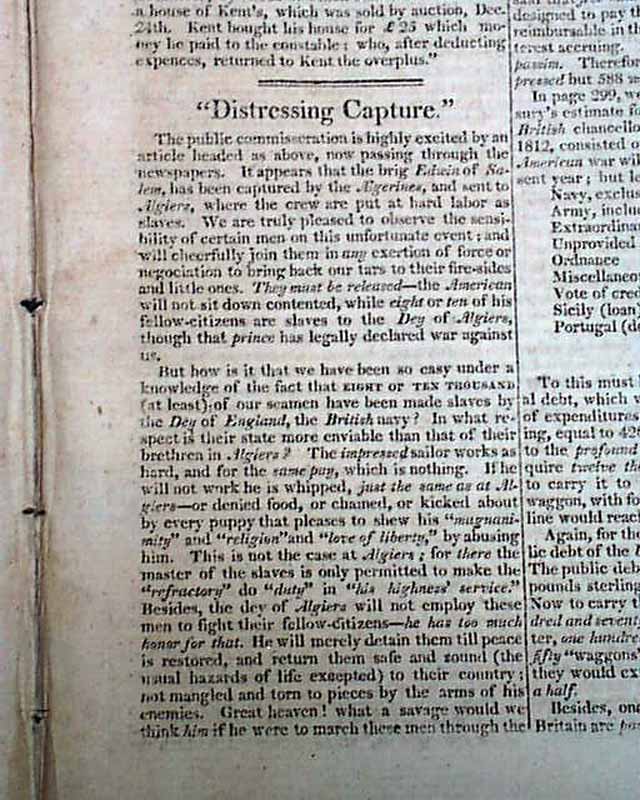 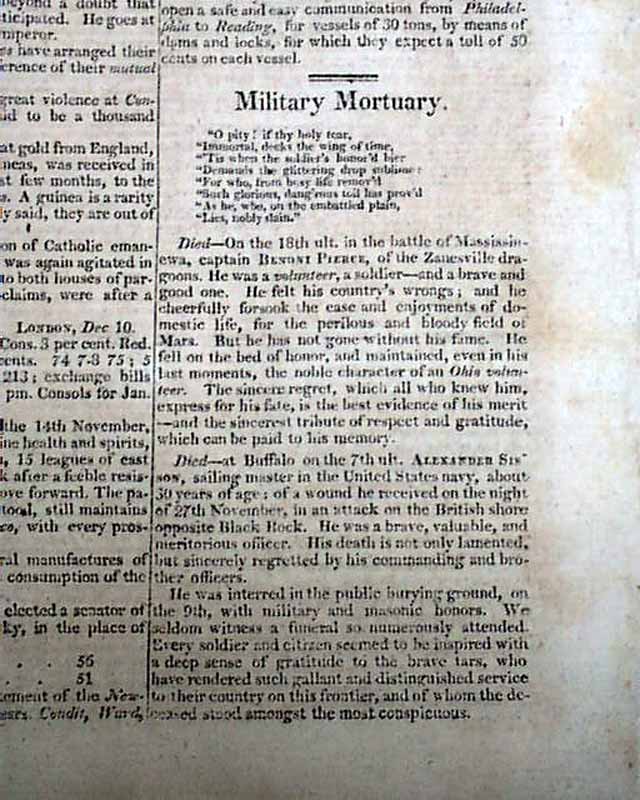 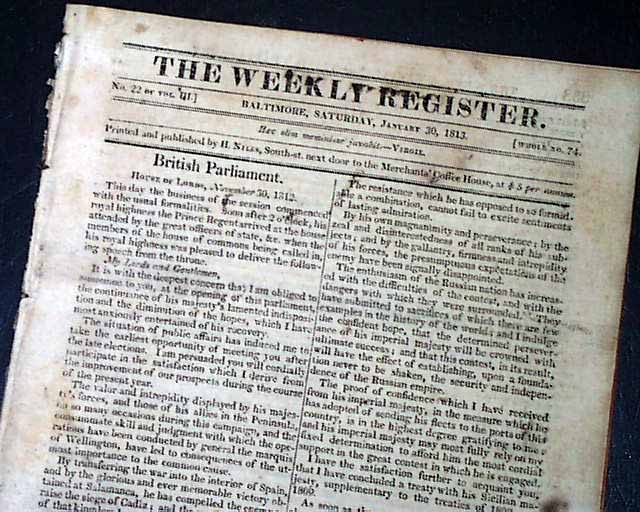 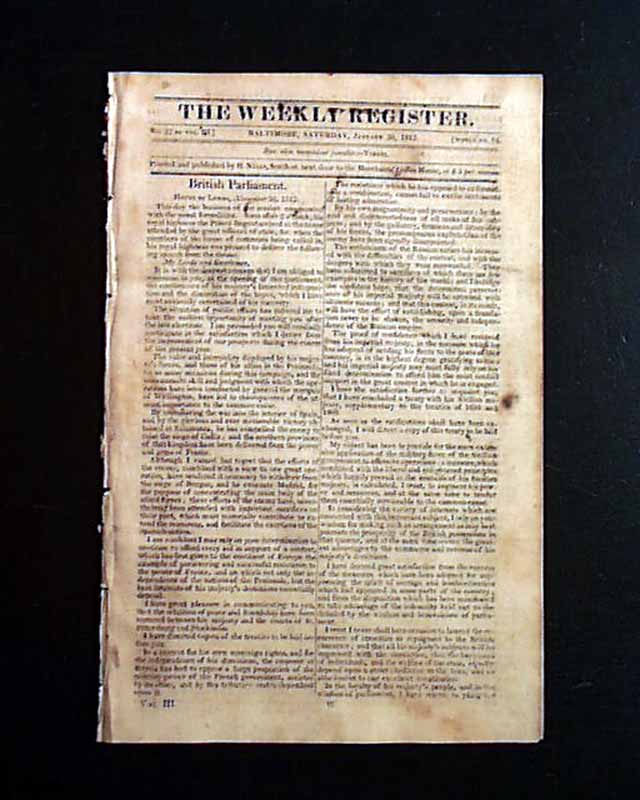