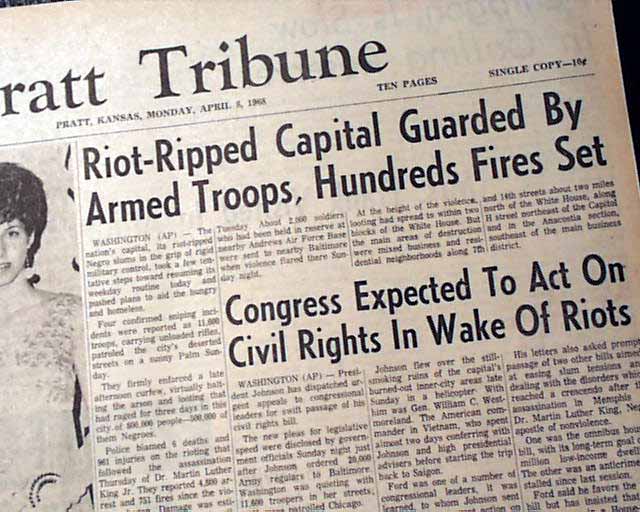 The front page has a four column headline: "Riot-Ripped Capital Guarded By Armed Troops, Hundreds Fires Set" Also: "Congress Expected To Act On Civil Rights In Wake Of Riots" and more.
The back page has a five column headline: "Hopes King Murder Will End Black Ghettos" Also: "Abernathy Is New Negro Leader"
Other news of the day. Complete in 10 pages, a few binding holes along spine, otherwise nice.