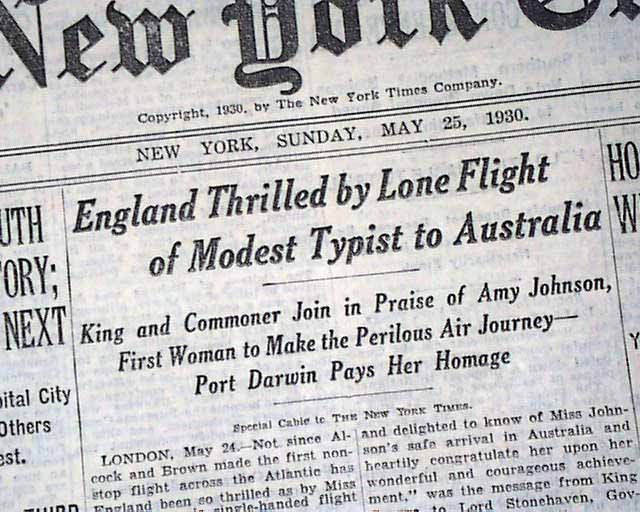 wikipedia notes: Johnson achieved worldwide recognition when, in 1930, she became the first woman pilot, or in the language of the time, "aviatrix", to fly solo from England to Australia. Flying G-AAAH, a Gipsy Moth which was the first of her aircraft named "Jason", she left Croydon, south of London, on 5 May of that year and landed in Darwin, Northern Territory, on 24 May after flying 11,000 miles (18,000 km). Her aircraft for this flight can still be seen in the Science Museum in London. She received the Harmon Trophy as well as a CBE in recognition of this achievement, and was also honoured with the No. 1 civil pilot's licence under Australia's 1921 Air Navigation Regulations.