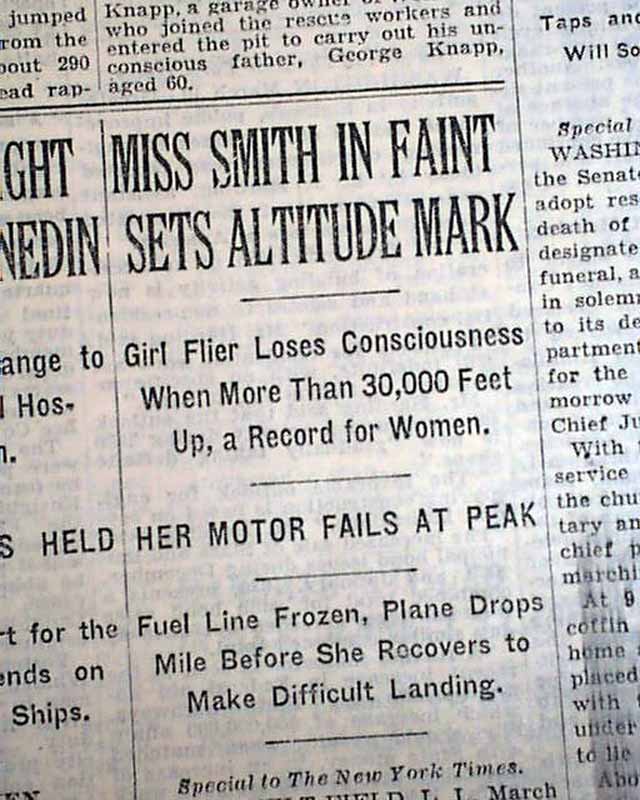 The front page has one column headings: "MISS SMITH IN FAINT SETS ALTITUDE MARK" "Girl Flier Loses Consciousness When More Than 30,000 Feet Up, a Record for Women" "Her Motor Fails at Peak" and more. (see) Coverage continues inside with photo.
Other news, sports and advertisements of the day. Complete in 56 pages, rag edition in nice condition.

wikipedia notes: In March 1930 she added almost 1 mile (1.6 km) to the world altitude record, flying to a height of 27,419 feet (8,357 m). Her articulate performance in an NBC broadcast interview after that flight won her a position as a broadcaster covering the world of aviation, including live broadcasts from air shows and interviews with other prominent aviators. In May 1930, still before her 19th birthday, she became the youngest pilot ever granted a Transport License by the U.S. Department of Commerce. In October 1930 a poll of licensed pilots selected her as the "Best Woman Pilot in America"