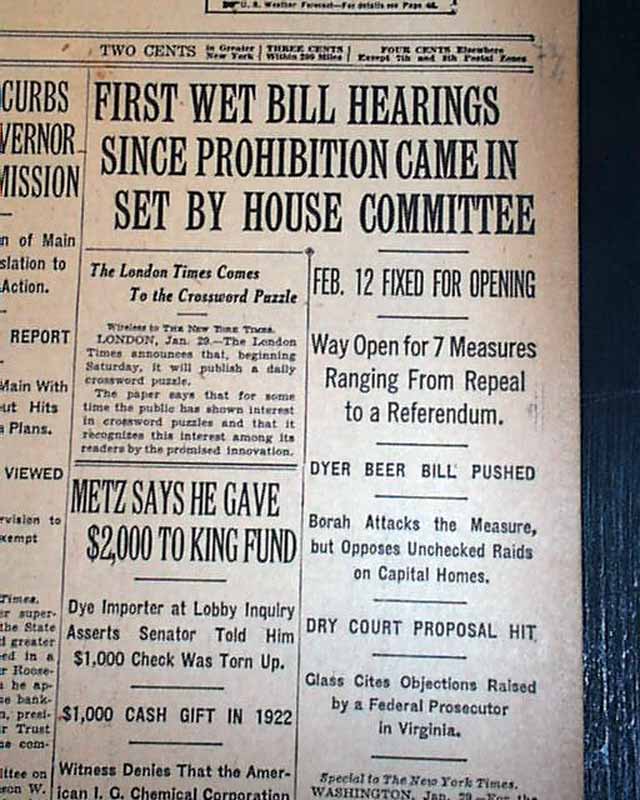 The front page has a two column headline: "FIRST WET BILL HEARINGS SINCE PROHIBITION CAME IN SET BY HOUSE COMMITTEE" with subheads. (see) Was this the beginning of the fight to repeal prohibition ?
Other news, sports and advertisements of the day. Complete in 48 pages, light browning, minor margin wear, generally good. 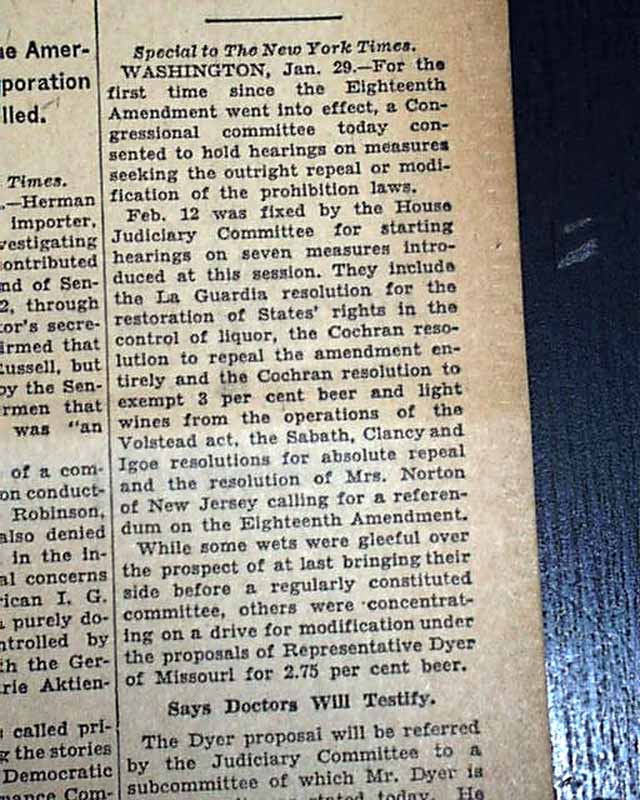 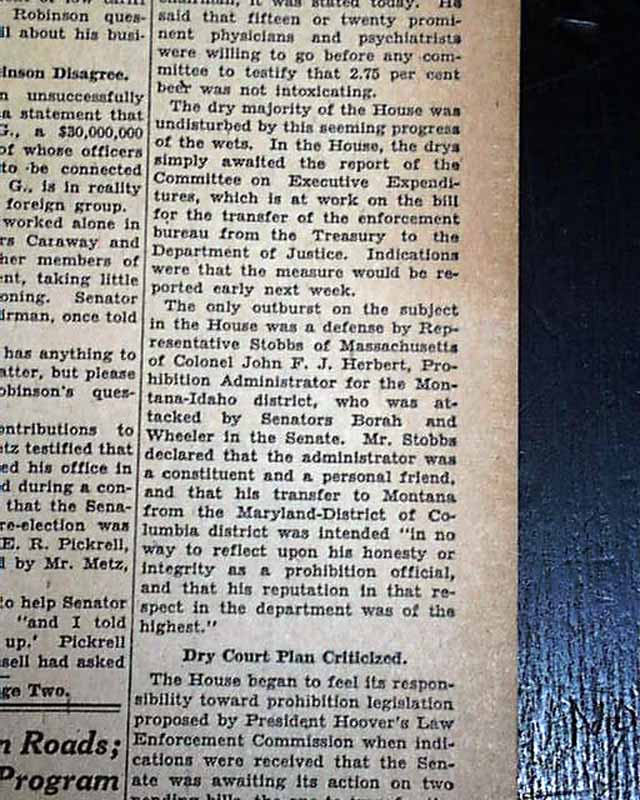 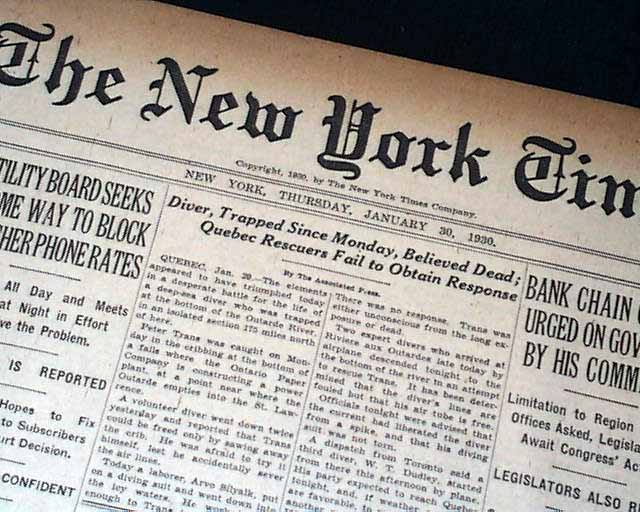 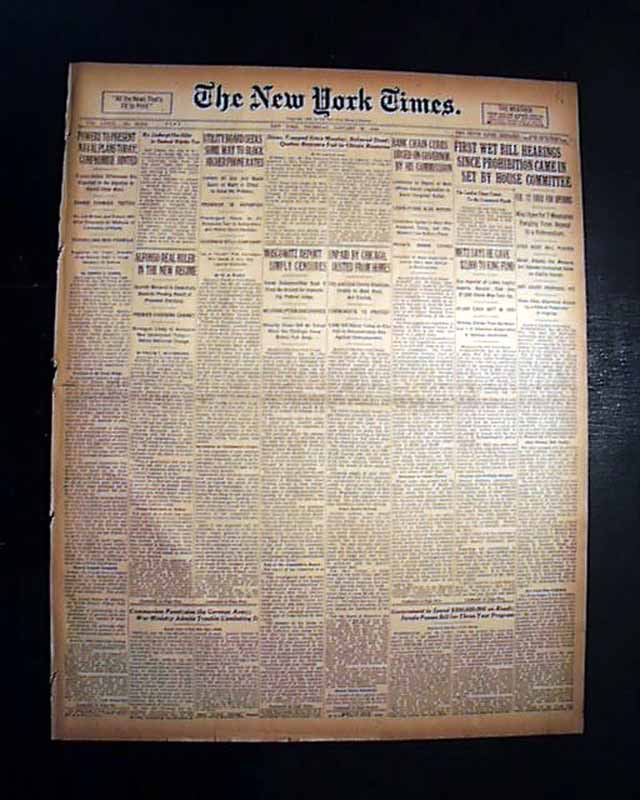 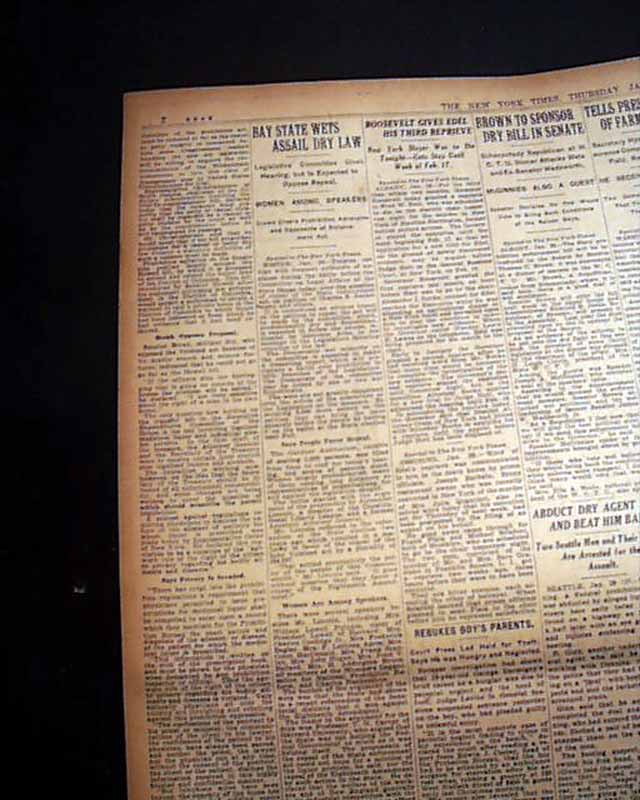