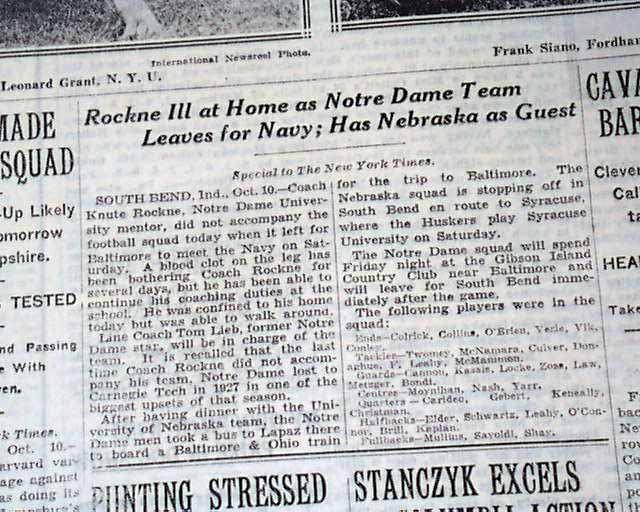 The sport's section page 39 has a two column heading: "Rockne Ill at Home as Notre Dame Team Leaves for Navy; Has Nebraska as Guest". Was this the beginning of his leg problem which lead to him coaching his final year in a wheel chair ?
Other news, sports and advertisements of the day with much on the current World Series games between the Chicago Cubs and Philadelphia Athletics. Complete in 64 pages, rag edition in great condition.