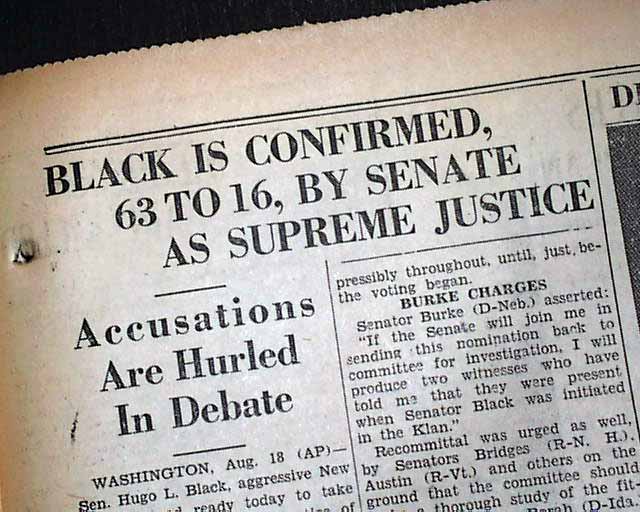 Page 5 has a two column heading: "BLACK IS CONFIRMED, 63 TO 16, BY SENATE AS SUPREME JUSTICE" 1st report coverage on Hugo Black taking office as Associate Justice of the United States Supreme Court. Black was accused by many of being associated with the Klu Klux Klan.
Other news, sports and advertisements of the day throughout. Complete in 8 pages, minor margin wear, nice condition.