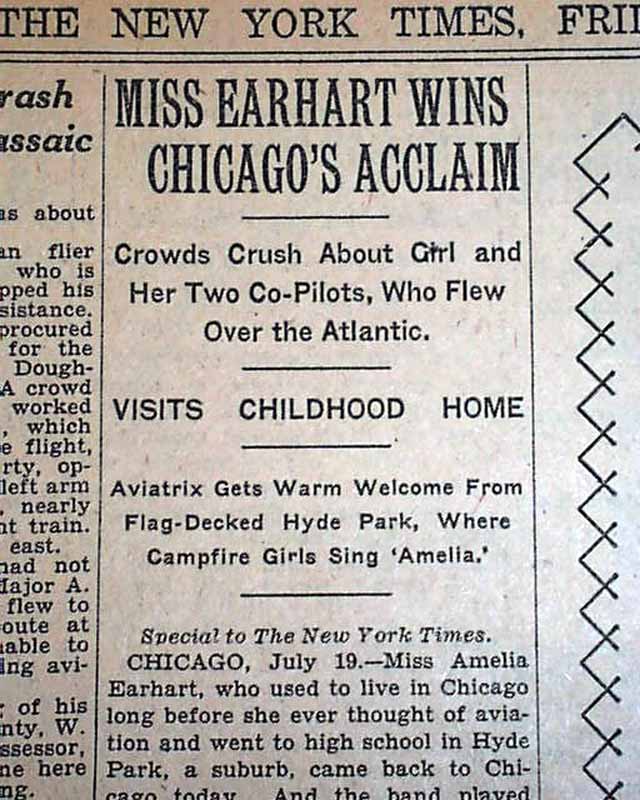 Page 5 has one column headings: "Miss Earhart Rides In Locomotive Cab" "Dons Cap and Overalls at Pittsburgh After Being Welcomed by City"1st report coverage on Amelia Earhart being Pittsburgh's guest of honor after her famous flight across the Atlantic Ocean.
Other news, sports and advertisements of the day. Complete in 44 pages, minor irregularity along spine, generally nice.