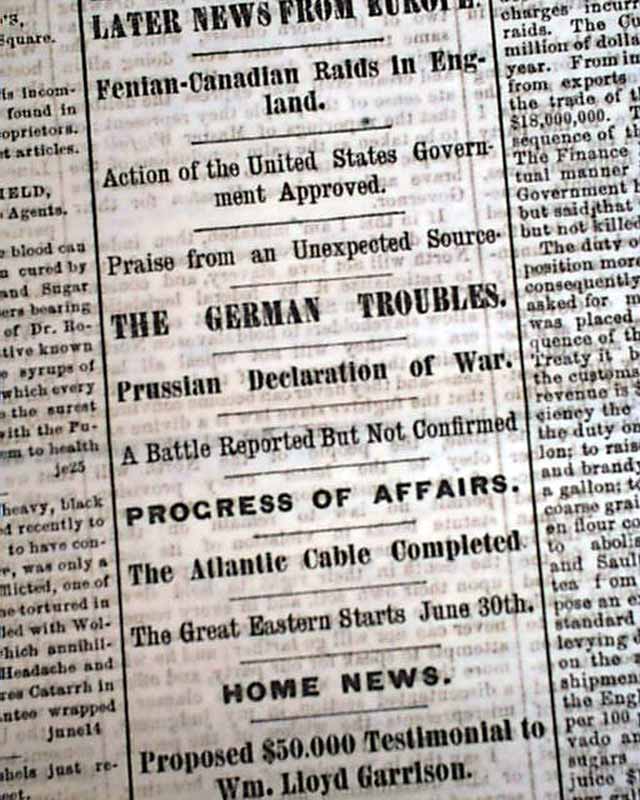 The front page has an article headed: "The German Troubles" Prussian Declaration of War" "A Battle Reported But Not Confirmed" (see)
Other news and advertisements of the day. Complete in 4 pages, large issue measuring 32 x 23 inches, minor spine wear, generally nice.

Note: If a folder is ordered, this issue will be folded in half due its size.