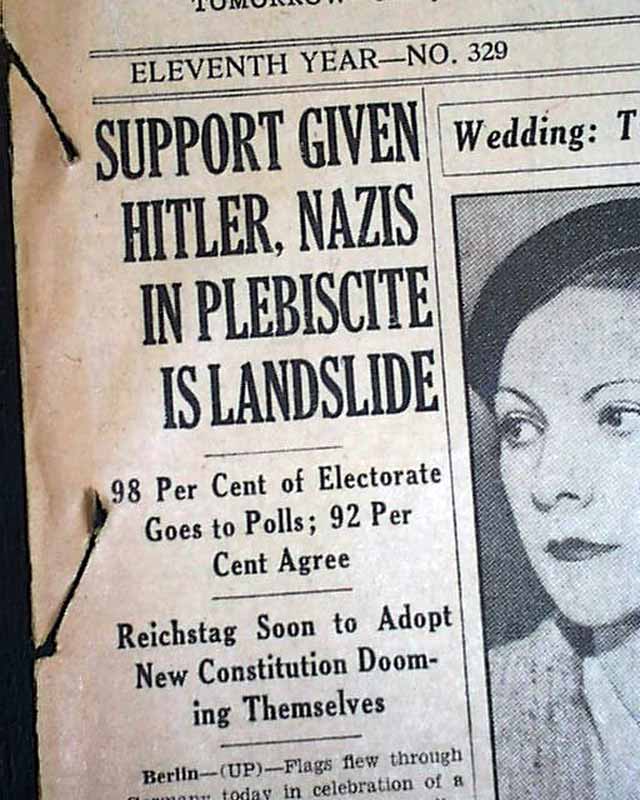 The front page has a one column heading: "SUPPORT GIVEN HITLER, NAZIS IN PLEBISCITE IS LANDSLIDE" with subheads. (see) 1st report coverage on Adolph Hitler's victory in Germany's election making him and his Nazi Party gain much strength within the country.
Other news, sports and advertisements of the day. Complete in 22 pages, a few binding slits with wear along the spine, otherwise good.