Home > Back to Search Results > Florida is now a United States possession...
Click image to enlarge 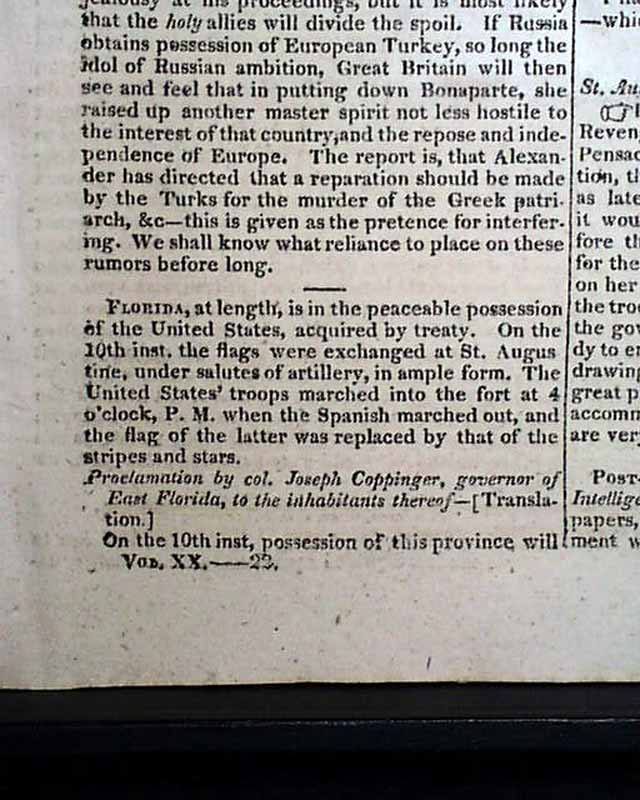 The front page has an historic report concerning Florida which begins: "Florida, at length, is in the peaceable possession of the United States, acquired by treaty. On the 10th inst. the flags were exchanged at St. Augustine, under salutes of artillery, in ample form..." with more, including the Proclamation by Col. Joseph Coppinger, the governor of East Florida to the inhabitants.
Among other reports are: "New Tariff Bill" "Bank of the United States" "Lithographic Printing" and various reports from Congress.
Complete in sixteen pages, 6 by 9 1/2 inches, nice condition.