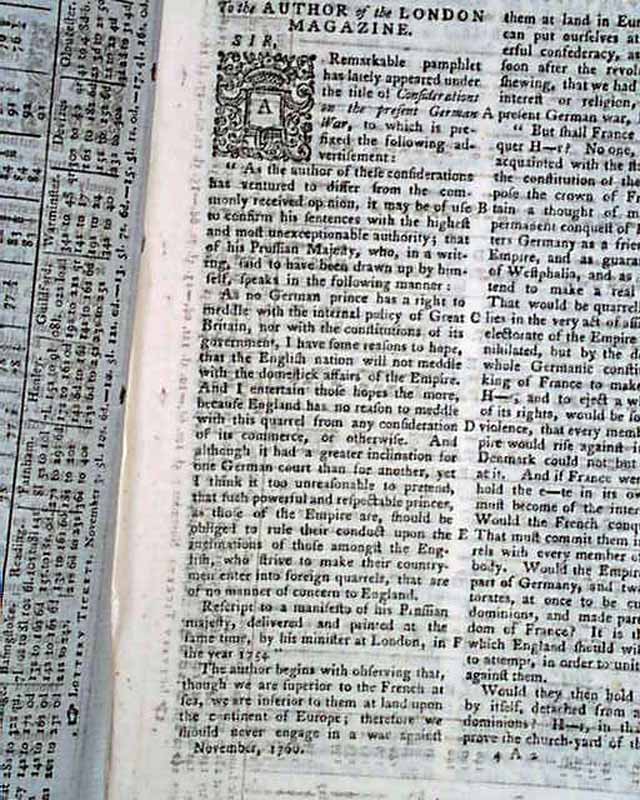 Item # 617594 LONDON MAGAZINE, London, November, 1760  This is a considerably more rare title than the more common "Gentleman's Magazine" after which it is modeled, as the format is extremely similar. The title/contents page features a very nice engraving of the skyline of London.
The issue has coverage on the "Extracts from Considerations on the present German War" and "An Account of what happened at Berlin." A two-page report on Methodism (early conflicts and defense), a nice report "Slaughter of the Garrison of Fort Loudoun."
Near the back is the "Monthly Chronologer" with the latest news reports. Complete in 50+ pages, lacking plates called for, 5 1/4 by 8 1/4 inches, very nice condition.