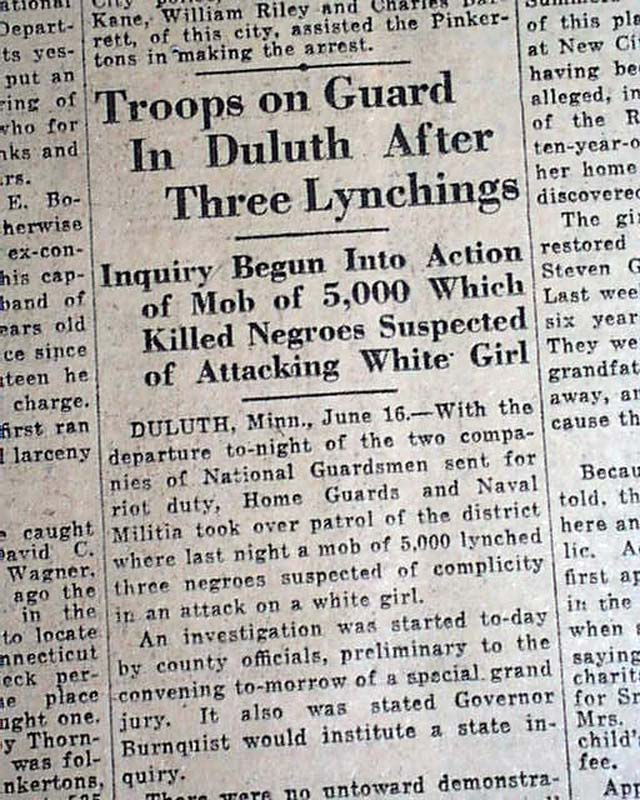 Page 2 has a one column heading: "Troops on Guard In Duluth After Three Lynchings" with subhead. (see)
Other news, sports and advertisements of the day. Complete in 22 pages, light browning, minor spine wear, generally good.