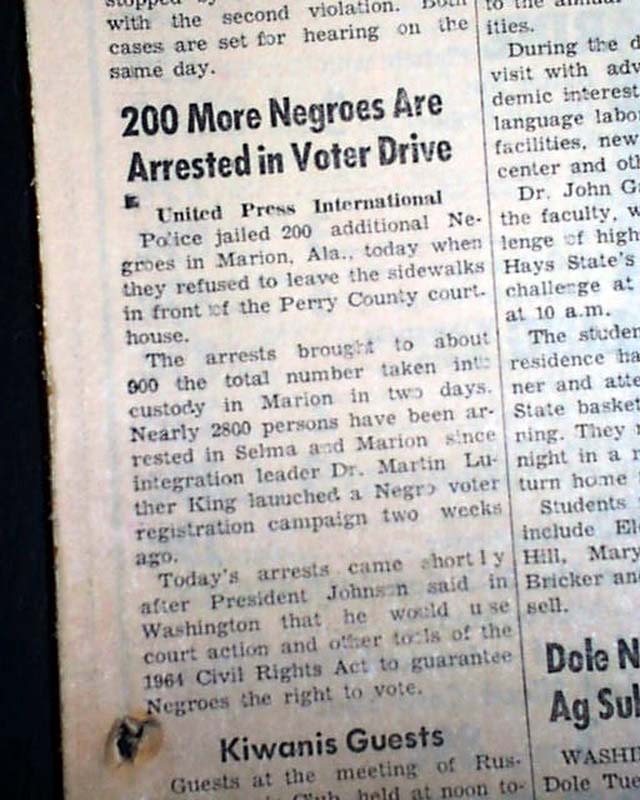 The front page has a small one column heading: "200 More Negroes Are Arrested in Voter Drive". (see) Coverage on the arrest of many negro school children in Selma & Marion Mississippi where Martin Luther King Jr. had a voter registration campaign set up. This was just before the famous marches from Selma to Montgomery a few weeks later.
Other news, sports and advertisements of the day. Complete in 64 pages, minor margin wear, nice condition.