Home > Back to Search Results > Charles II offers a reward & pardon in the Popish Plot investigation...
Click image to enlarge 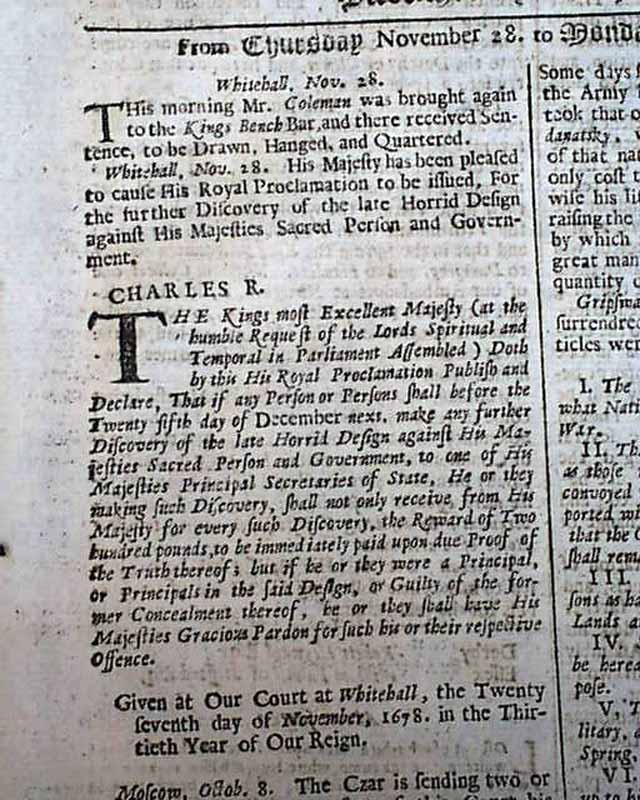 The front page has two notable items concerning the curious Popish Plot, the fabricated scheme accusing Catholics of plotting the assassination of King Charles II.
The very top of the ftpg. has: "This morning Mr. Coleman was brought again to the Kings Bench Bar & there received sentence to be drawn, hanged,and quartered." Edward Coleman was one of those accused of involvement in the fictitious Popish Plot.
The other report is a Royal Proclamation by the king offering a 200 pound reward to those providing information in the Popish Plot, and also offering pardon to any involved who come forward with valuable information.
Single sheet, 7 by 11 inches, very nice condition.