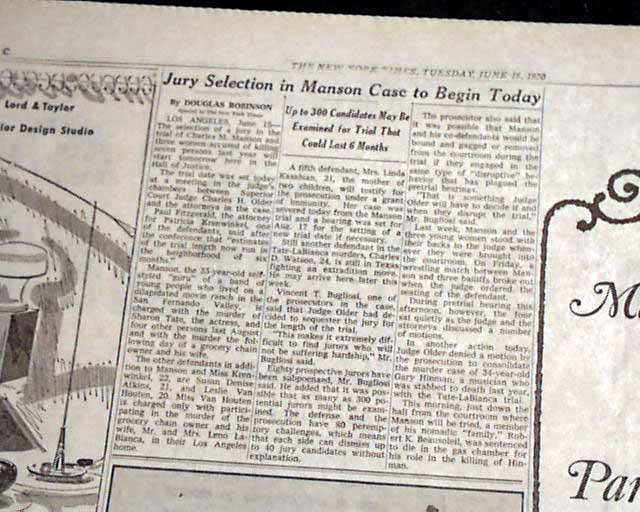 The trial of Charles Manson begins...

Page 20 has a three column heading: "July Selection in Manson Case to Begin Today" with subhead: "Up to 300 Candidates May Be Examined for Trial That Could Last 6 Months" Coverage on the murder trial of Charles Manson and his 3 women followers at it's start.
Other news, sports and advertisements of the day. Complete in 84 pages, never bound, nice condition. 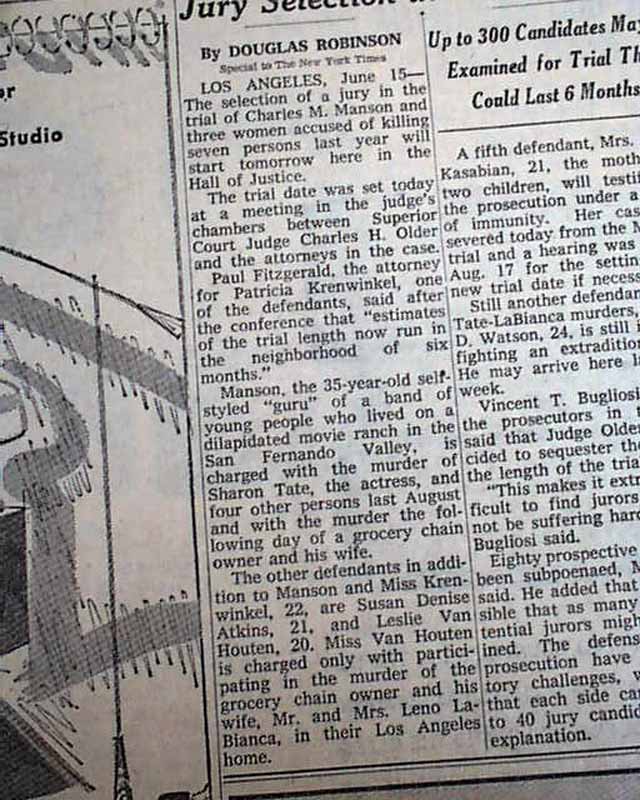 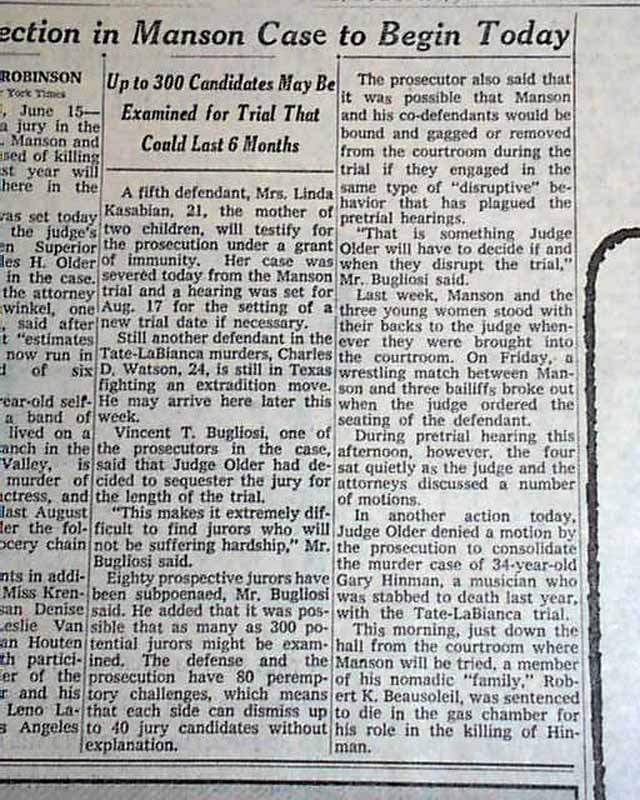 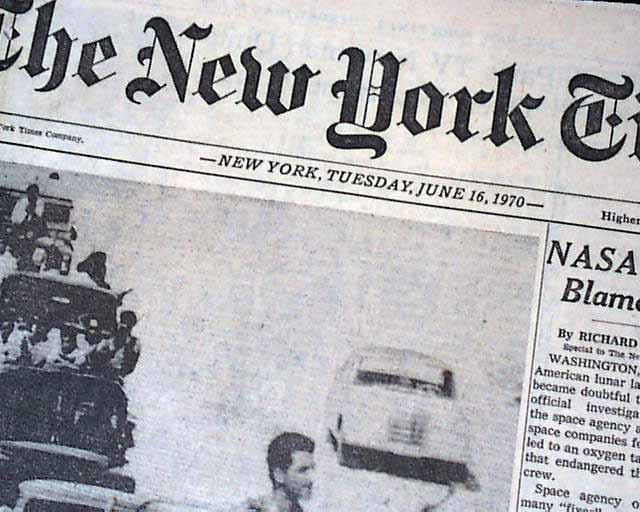 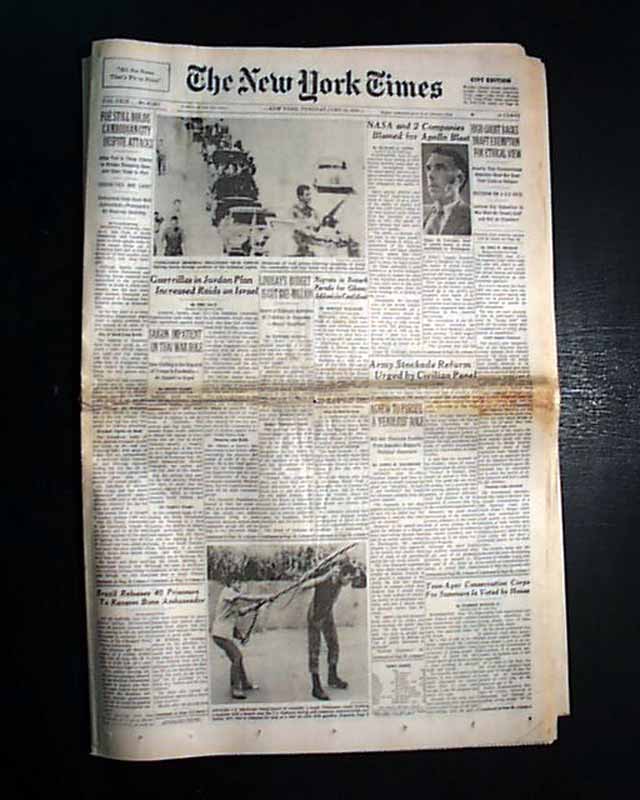