Home > The beginning of the embargo against Cuba...
Click image to enlarge 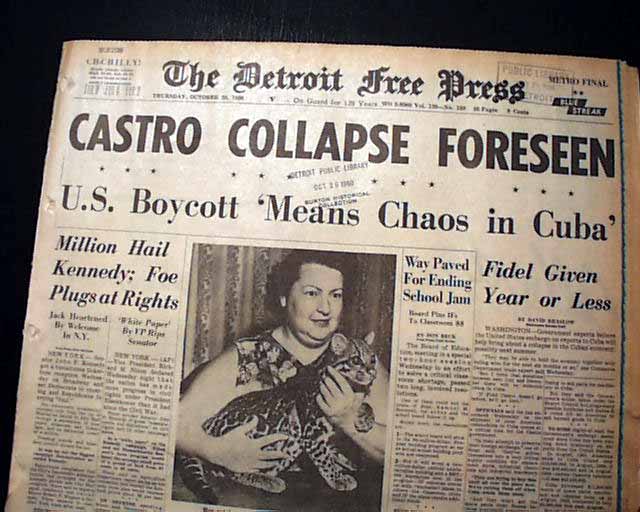 The beginning of the embargo against Cuba...

The bold, banner headline announces what has since become an extremely significant event in  United States foreign relations, the embargo against Cuba: "CASTRO COLLAPSE FORESEEN" "U.S. Boycott 'Means Chaos in Cuba' " with subheads including: "Fidel Given Year or Less" "U.S. Cuts Off Exports to Cuba". These reports carry over to inside pages.
Complete in 40 pages, disbound, a library stamp in the middle of the headlines & in the upper right corner, otherwise generally nice.