Home > Back to Search Results > Jews permitted to live in Utrecht, however...
Click image to enlarge 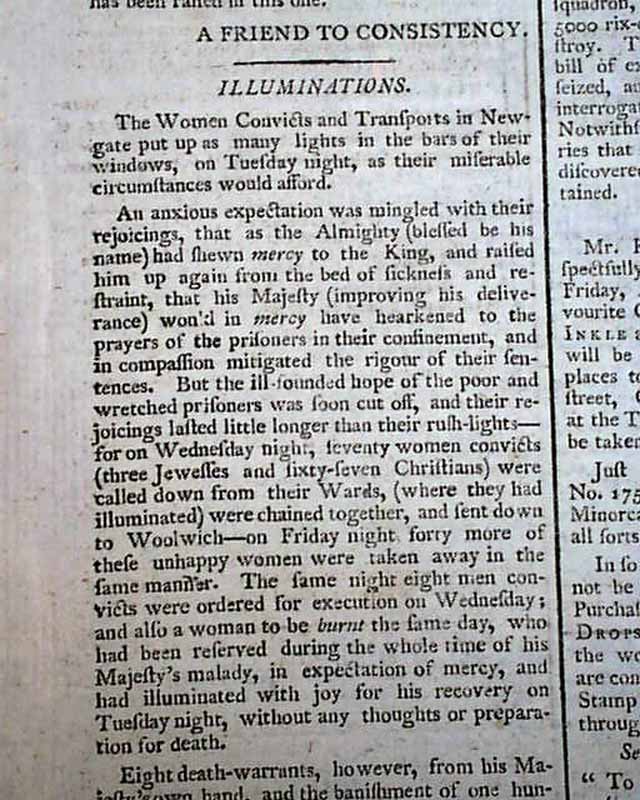 Jews permitted to live in Utrecht, however...

Page 2 has a paragraph noting: "At Utrecht the Jews have received permission to reside & trade, on condition that the chiefs of their different tribes give security to answer for all the robberies and other crimes they commit." (see). Also an article noting: "The women convicts & transports in Newgate put up as many lights in the bars of their windows as their miserable circumstances would afford..." and a fit further on: "...70 women convicts (3 Jewesses and 67 Christians) were called down from their wards...were chained together & sent down to Woolwich..." with more (see).
Four pages, minor loss to a blank margin, good condition.