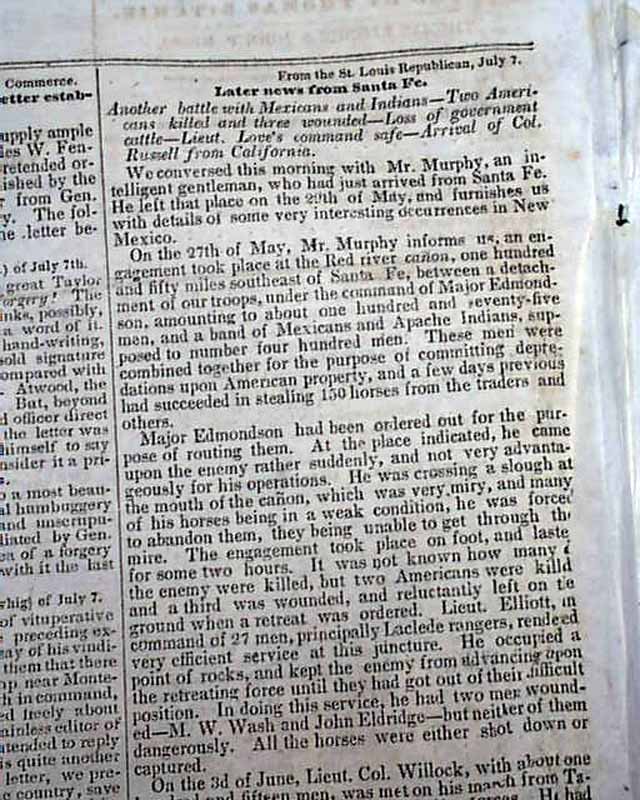 Page 2 has: "Later News from Santa Fe" with subheads: "Another battle with Mexicans & Indians--Two American killed & 2 wounded--Loss of government  Cattle..." and more. The article on the Mexican War takes half a column. Page 3 has: "Important From Mexico--Latest From the Army of Gen. Scott" and also: "The Taking of Tabasco", these latter 2 taking over 2 full columns.
Four columns, some light damp staining, generally nice.