Home > Back to Search Results > Sawing the ice... Opening of the East River Bridge...
Click image to enlarge 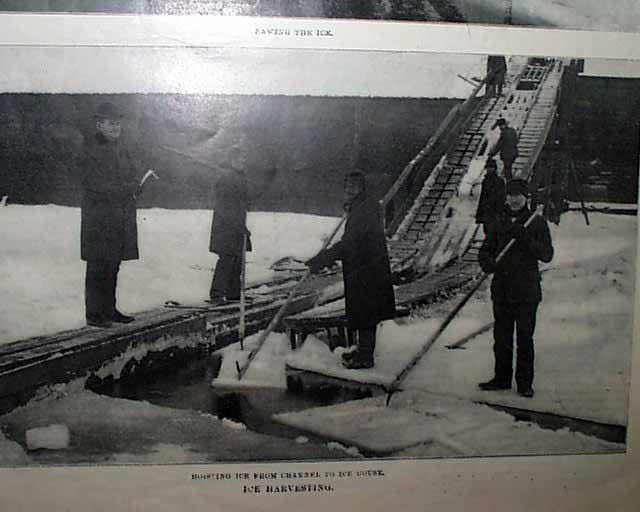 Sawing the ice... Opening of the East River Bridge...


SCIENTIFIC AMERICAN SUPPLEMENT, New York, January 2, 1904  The frontpage has two halfpage photos: "Sawing The Ice" and "Hoisting Ice From Channel To Ice House" which is regarding ice harvesting. Also within the issue are: "The Illumination of the New East River Bridge on the Night of Its Opening"; "The Durban Floating Dock and Workshop"; "Meteorites and Their Collectors"; "Reconstruction of the Lackawanna Railroad Tracks Through Newark"; and additional articles, illustrations and advertisements.

This is complete in 16 pages with a punched library stamp in the upper margin, otherwise in very good condition.