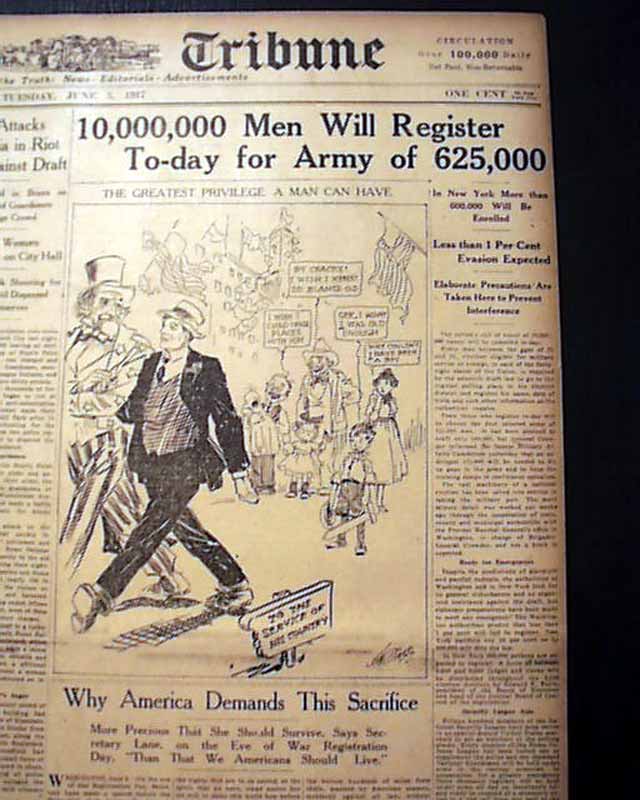 The front page has a four column headline: "10,000,000 Men Will Register To-day for Army of 625,000" with subheads and related illustration. (see) 1st report coverage on the start of the American draft during World War I.
Other news of the day. Complete in 14 pages, light browning, loose along spine, a little margin wear should be handled with care.