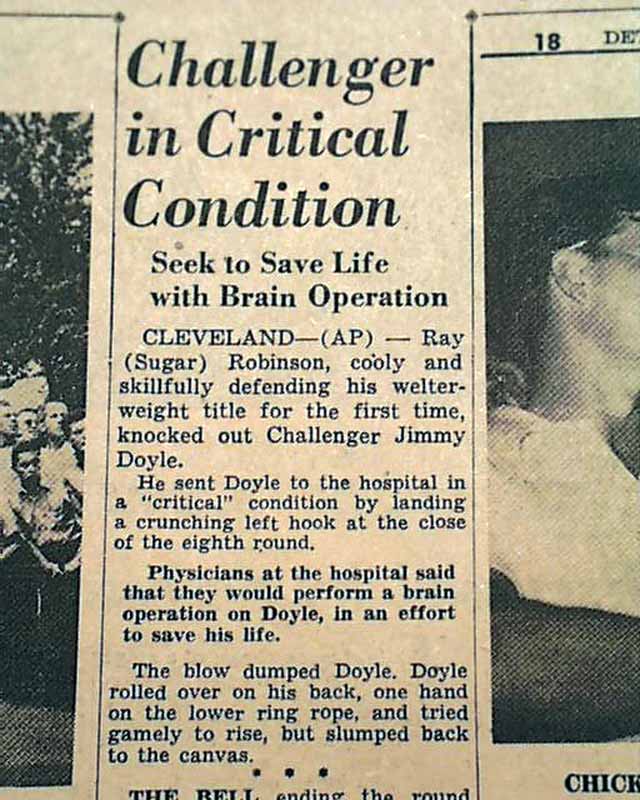 This 28 page newspaper has a seven column headline on page 18: "Sugar's 8th-Round KO Punch Sends Doyle to Hospital" with subheads that include: "Challenger in Critical Condition" and more.

Other news of the day throughout. Light browning with minor wear at the margins, otherwise in good condition.