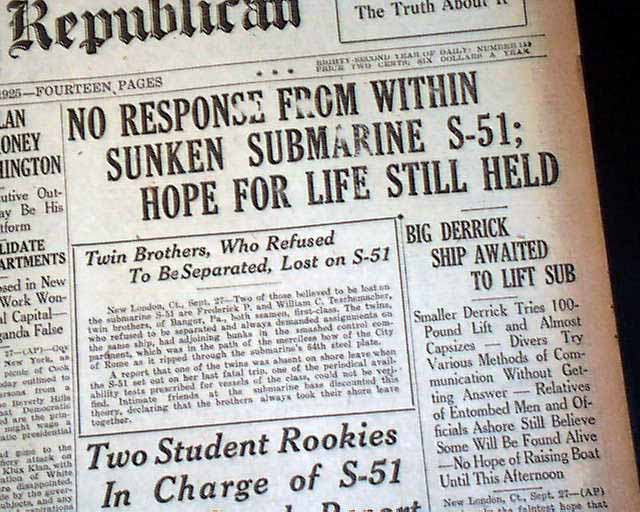 The front page has a four column headline: "NO RESPONSE FROM WITHIN SUNKEN SUBMARINE S-51; HOPE FOR LIFE STILL HELD" with subheads. (see) Coverage on the sinking the USS S-51 (SS-162) submarine near Block Island off of Rhode Island.
Other news, sports and advertisements of the day. Complete in 14 pages, a little margin wear, generally good. 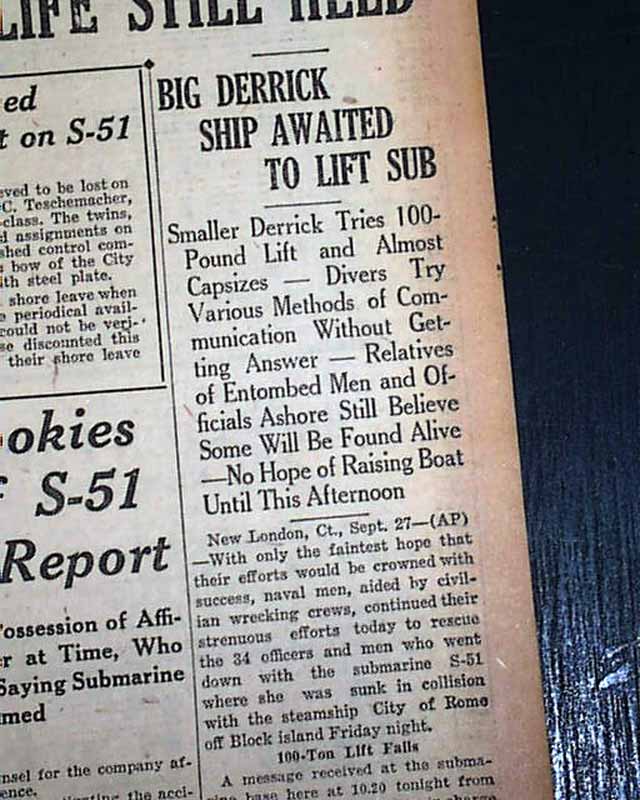 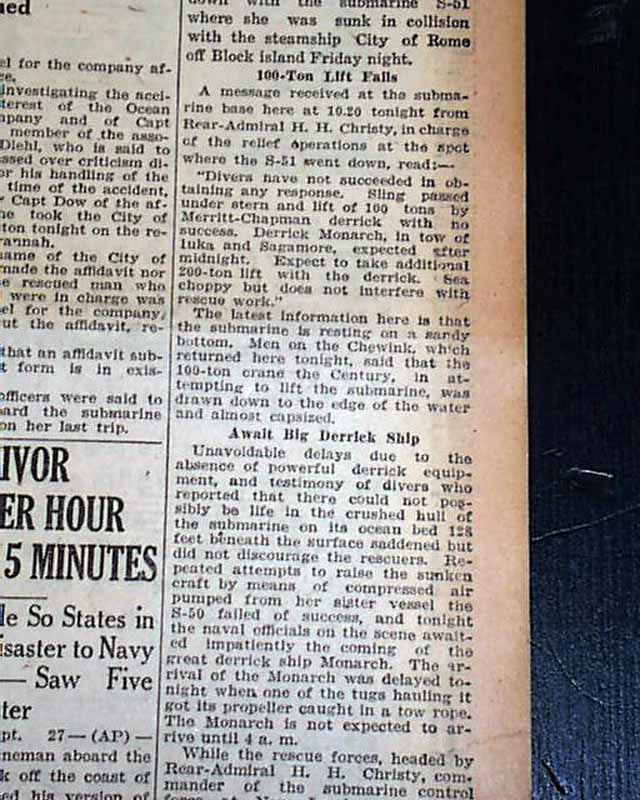 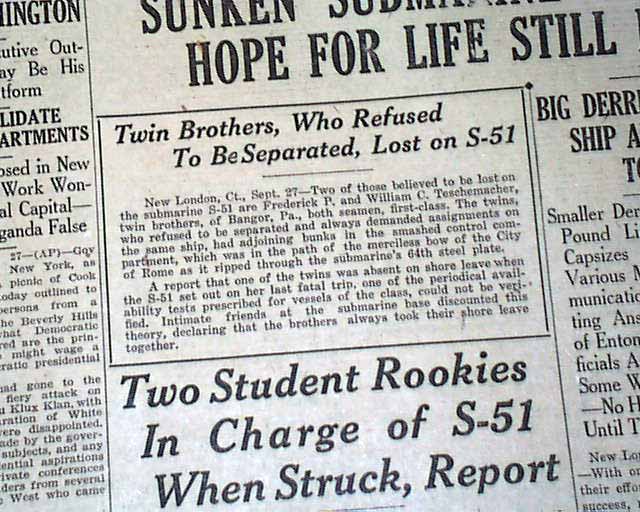 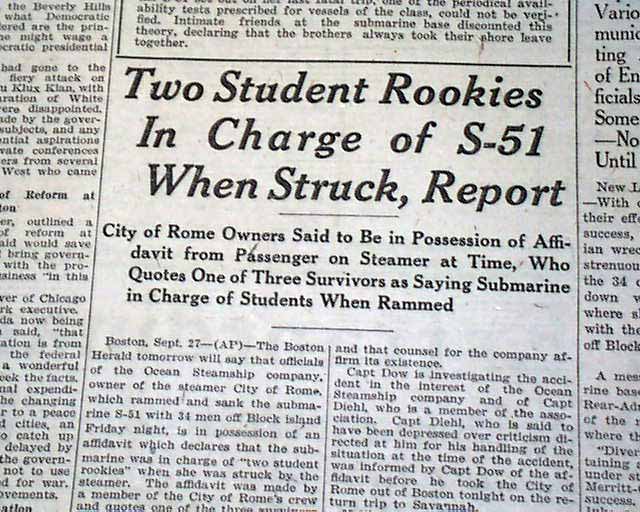 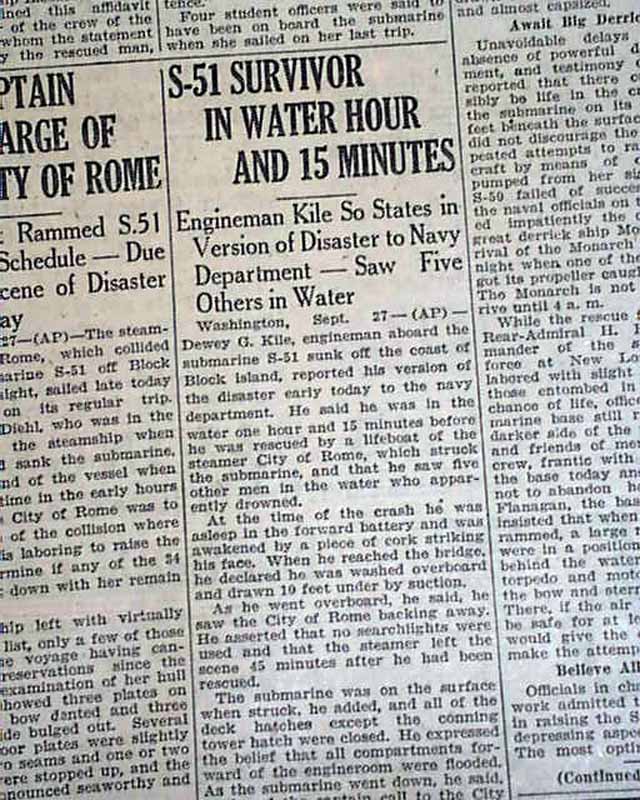 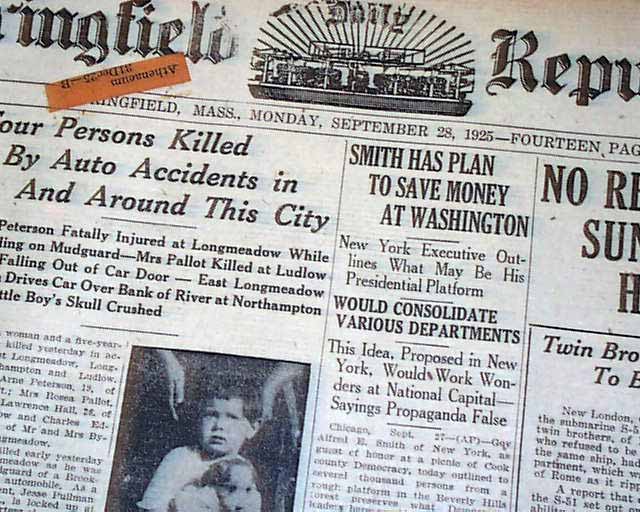 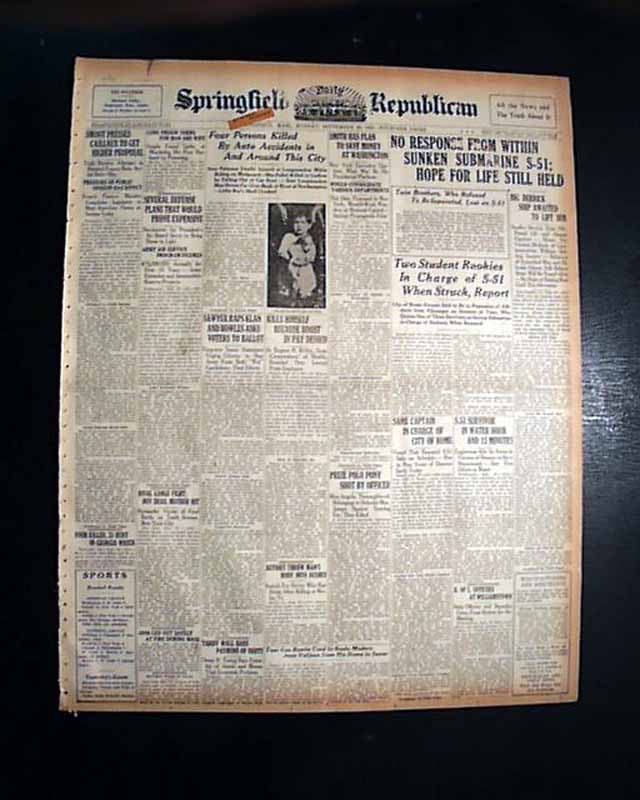 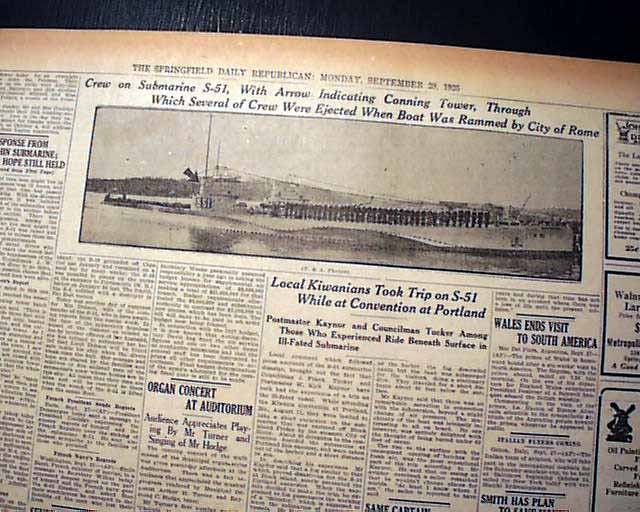