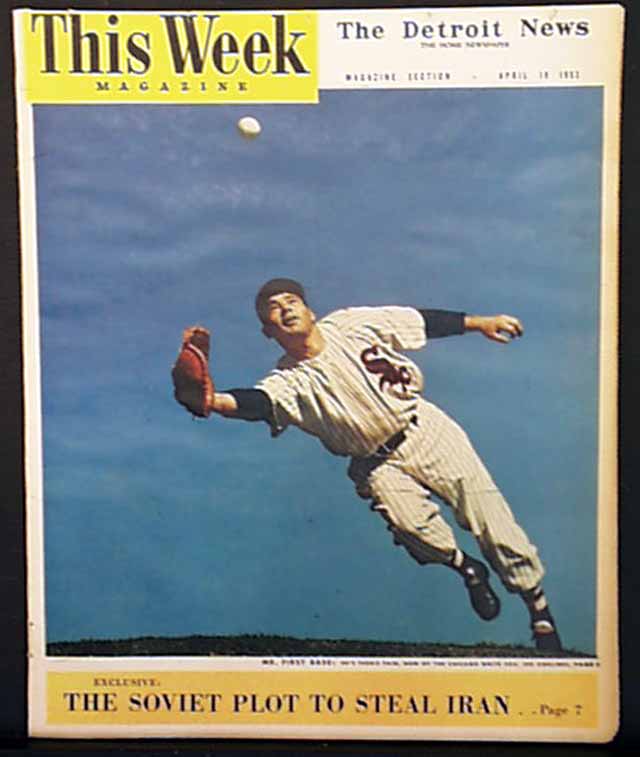 
THE DETROIT NEWS (This Week Magazine section only), Detroit, MI, April 19, 1953  The front cover has a great photo titled, "Mr. First Base: He's Ferris Fain, Now Of The Chicago White Sox...", with additional coverage on page two. Fain  was a two-time American League batting champion and five time All-Star. He was known for having a bad temper, which ultimately impacted his playing. He is also infamous for his run-ins with the law in regards to his growing of large quantities of marijuana for profit. An unrelated inside story includes, "The Soviet Plot To Steal Iran."

The section is complete in 32 pages and is in nice condition - suitable for framing.