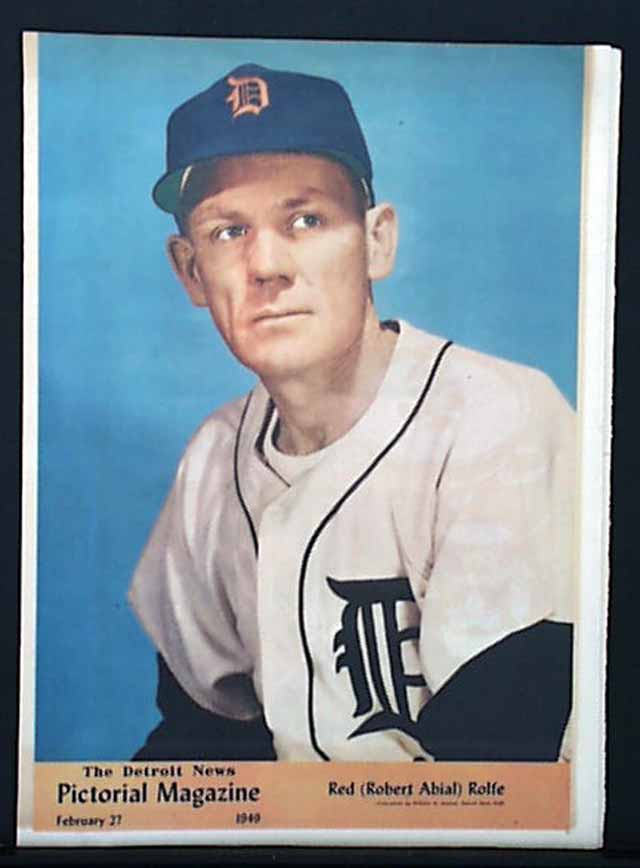 
THE DETROIT NEWS (Pictorial Magazine only), Detroit, MI, February 27, 1949  The front cover has a great photo titled, "Red (Robert Abial) Rolfe".  Rolfe was a key member of the New York Yankees' 1930s dynasty. Inside has a nice two page spread regarding ice-fishing.

The section is complete in 32 pages and is in nice condition - suitable for framing.

According to Wiki: Robert Abial "Red" Rolfe (October 17, 1908 – July 8, 1969) was an American third baseman, manager and front-office executive in Major League Baseball. The native of Penacook, New Hampshire, is one of the most prominent players to come from the Granite State. Rolfe, a graduate of Phillips Exeter Academy, also was an Ivy Leaguer: a graduate, then long-time athletic director of Dartmouth College, and (from 1943–46) baseball and basketball coach at Yale University.