Home > Back to Search Results > Success of Grant's army...
Click image to enlarge 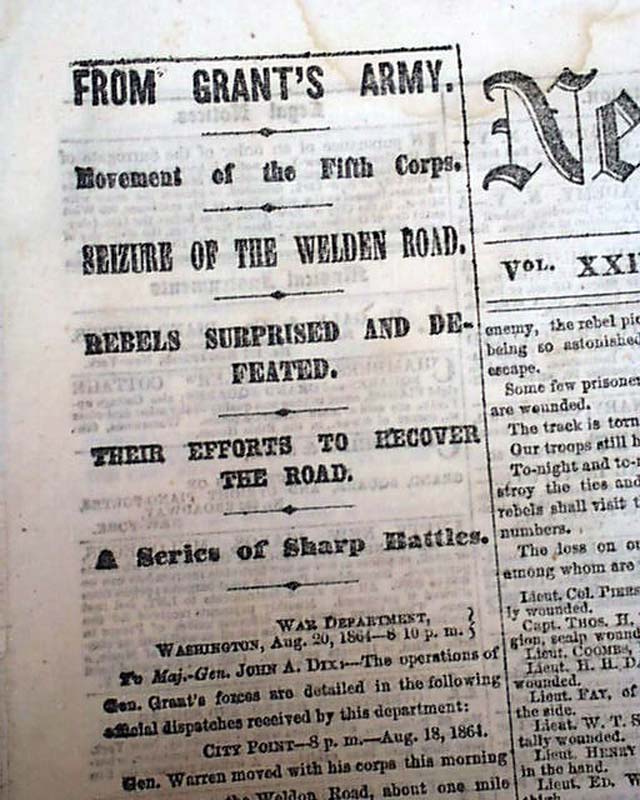 Among the front page column heads on the Civil War are; "FROM GRANT'S ARMY" "Movement of the Fifth Corps" "Seizure of the Welden Road" "Rebels Surprised and defeated" "their Efforts to Recover the Road" "A Series of Sharp Battles"
Eight pages, small library stamp near the masthead, very nice condition. 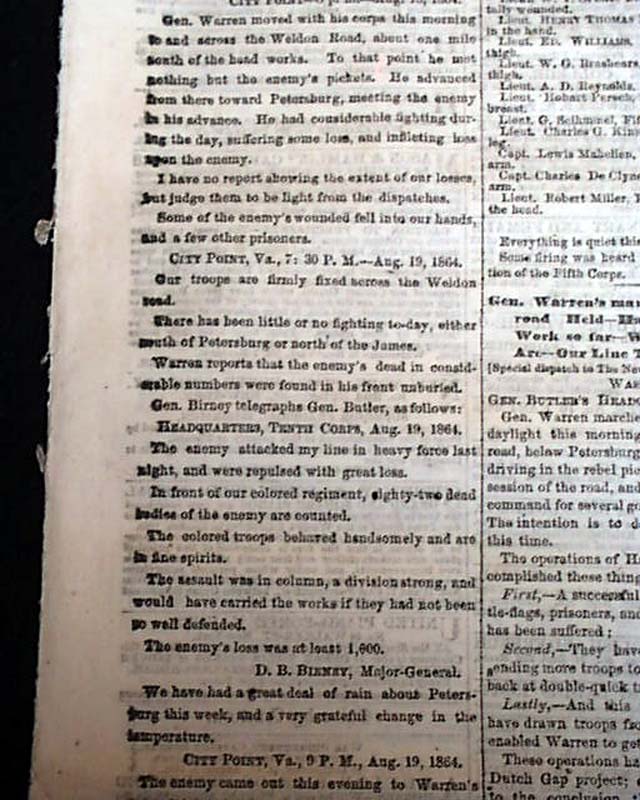 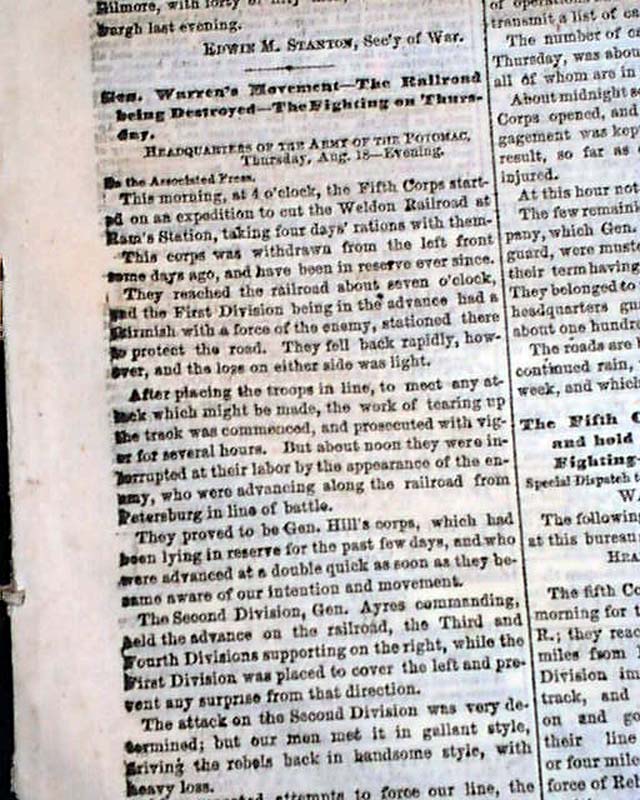 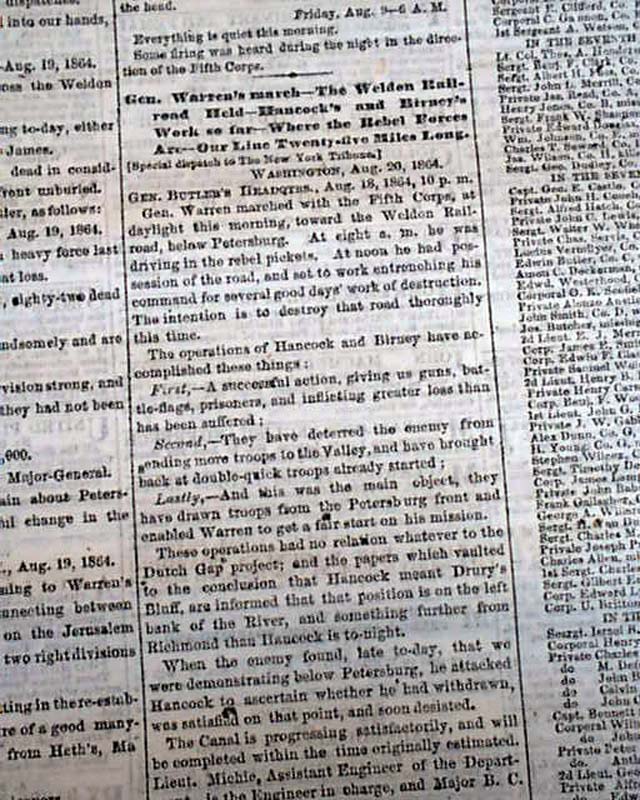 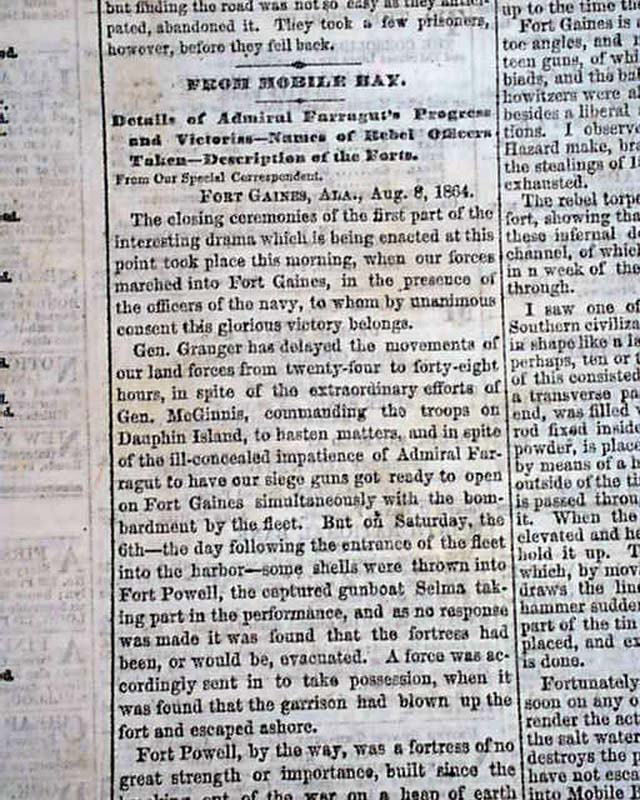 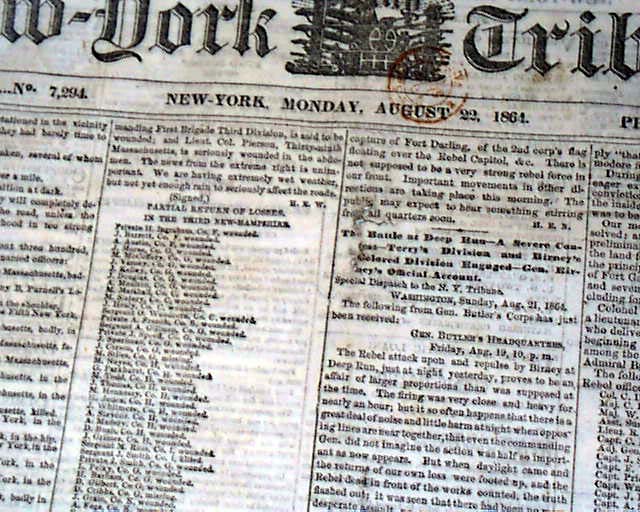 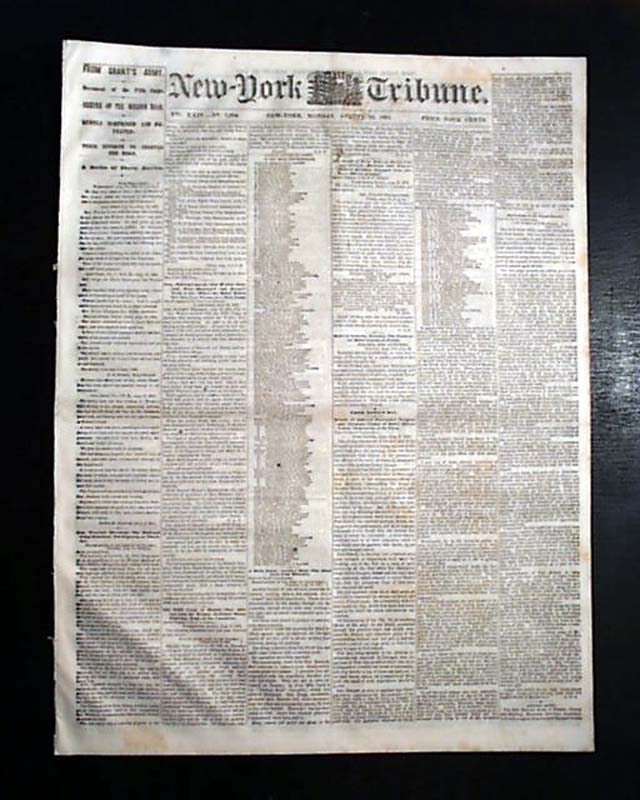