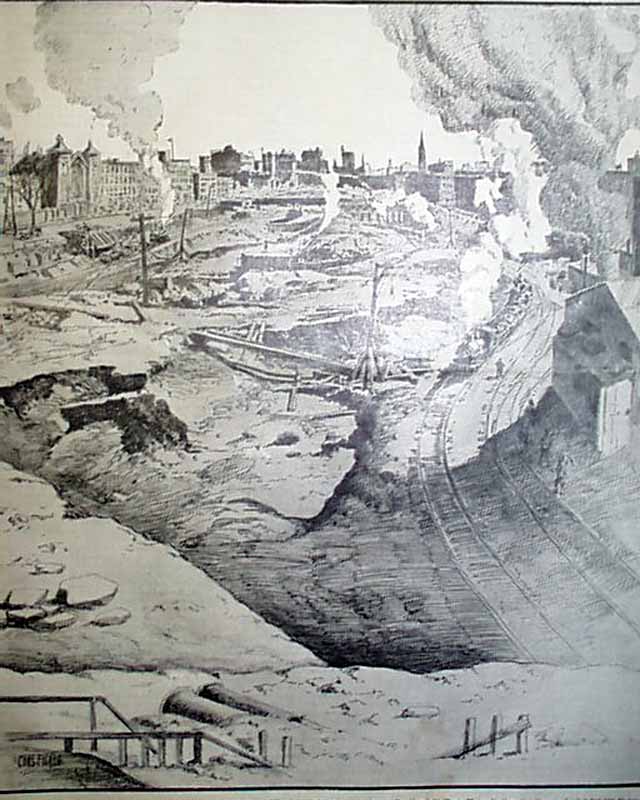 The full front page is an illustration of: "Acres of Valuable Land in the Heart of New York City laid Waste for the New Pennsylvania Railroad Station.". This is Penn Station which would be completed in 1910 only to be demolished in 1963 & replaced in 1968, along with Madison Square Garden. Inside pages have photos of the ruins of San Francisco from the earthquake & fire of 4 months prior.
Additional articles and illustrations are within the issue.
This is complete in sixteen pages, very nice condition.